‘Normal’ from a purely Islamic based perspective that is.

Rape of contraband booty (women/young girls) is entirely permissable and used as a inducement in Islam. Those are the facts 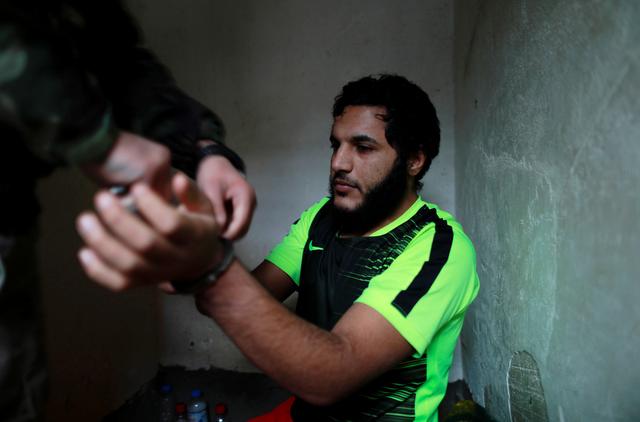 Amaar Hussein, 22, an Islamic State member, has his cuff removed by a counter-terrorism agent inside his prison cell in Sulaimaniya, Iraq February 15, 2017.
REUTERS/ZOHRA BENSEMRA
By Michael Georgy | SULAIYMANIYA, IRAQ

Islamic State militant Amar Hussein says he reads the Koran all day in his tiny jail cell to become a better person. He also says he raped more than 200 women from Iraqi minorities, and shows few regrets.

Hussein said his emirs, or local Islamic State commanders, gave him and others a green light to rape as many Yazidi and other women as they wanted.

“Young men need this,” Hussein told Reuters in an interview after a Kurdish counter-terrorism agent removed a black hood from his head. “This is normal.”

Hussein said he moved from house to house in several Iraqi cities raping women from the Yazidi sect and other minorities at a time when Islamic State was grabbing more and more territory from Iraqi security forces.

Kurdish security officials say they have evidence of Hussein raping and killing but they don’t know what the scale is.