I posted on this the other day but it’s a big story here, so it bears repeating.
And for some reason Finland tops the lists of (proportionally) European states sending jihadis to fight in the jihad. Here’s a screenshot from their website in Finnish Supo added that the writings say that sowing fear in the hearts of infidels is the duty of Muslims.

Finland’s security and intelligence police Supo says it’s seeing a rise in radical Islamic Finnish-language propaganda. Supo highlighted one blog in particular, which has been operating since last August. 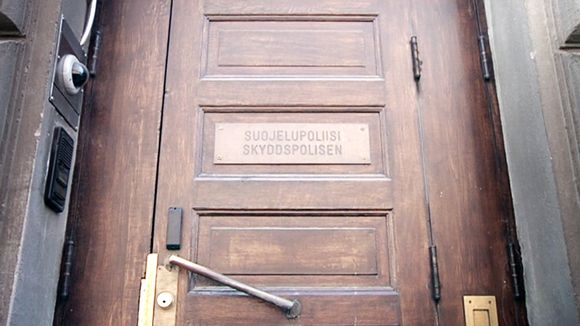 Finnish security police have identified a Finnish-language blog disseminating propaganda by the extremist Islamic State organisation. The blog has been used to share content such as speeches by IS leaders as well as texts from the group’s online paper, translated into Finnish.
According to Supo, the blog has been in existence since last August and officials described the translations as reasonably clear Finnish, although peppered with some foreign words.
“The blood of kaffirs is halaal [acceptable] to you so let it flow,” one section of texts urges.
Supo added that the writings say that sowing fear in the hearts of infidels is the duty of Muslims.
The existence of the blog was first reported by the independent online foreign and security policy paper, The Ulkopolitist.
The blog calls on adherents of extreme Islam to select a variety of soft targets for attacks, such as businessmen on the way to work, young people playing in parks and florists.
In another article translated from IS’s online paper, the writer calls on readers to take their families and flee to Muslim states for protection. If that is not possible, the writer continues, Muslims should publicly declare an oath of allegiance to the caliphate.
The blog also urges followers to use the Telegram messaging service, which offers end-to-end encryption as a security feature, to receive IS updates.

Supo special researcher Pekka Hiltunen said that the intelligence agency is familiar with the blog. However he added that Supo will not comment on the legality of individual blog posts.
The agency also declined taking a public position on who may be behind the blog or the location from which it is updated.
According to Hiltunen Supo has observed a growing trend to provide radical Islamic content in Finnish and to target Finland with such propaganda. He said that two factors must be considered when looking at the calls to commit murder.
“First, if we look at it from a law enforcement perspective, then if generally speaking there is reason to suspect a crime, then a preliminary investigation will be launched,” Hiltunen noted.
He noted that if the case is viewed as part of a wider phenomenon of propaganda distribution, then the writings represent a broader trend aiming to drive Islamic State’s agenda, he noted.
“It is also trying to instigate strikes anywhere outside the conflict area, in countries where readers may be,” he added.
The Supo researcher said however that the intelligence police have long known about IS’s propaganda incursions. He pointed to a 2015 Supo threat assessment which also mentioned strikes committed by so-called lone wolves.
“Several of those incidents by individual actors either have propaganda as the background or some similar inspiration. So as a trend, this has been in the threat assessments for a long time,” he noted.
At the end of last year an IS call to action shocked the Lapland tourism sector, as the propaganda images showed Santa, a snowy winter landscape, reindeer as well as a burning sign showing the year 2017.
Sources Yle