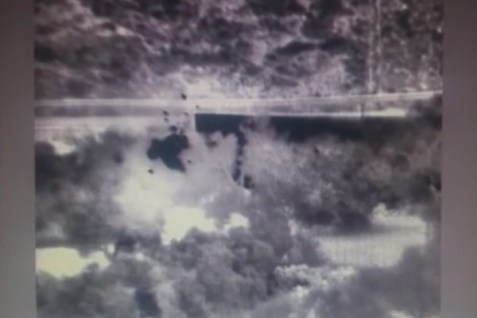 Security cameras caught three Arabs trying to start a fire near the city of Ariel using what appeared to be a Molotov cocktail. The three were dropped off by a car, and they then began trying to start the fire.

After starting the fire, they casually continued walking to the Arab village nearby.

Residents from Ariel got there in time to put it out using bottles of water.

The city got lucky because the Arabs didn’t pick a very flammable area and the surrounding brush and trees didn’t catch fire, even after burning for 4 minutes.