Our dear colleague Elisabeth Sabadtisch-Wolff was also there as well! 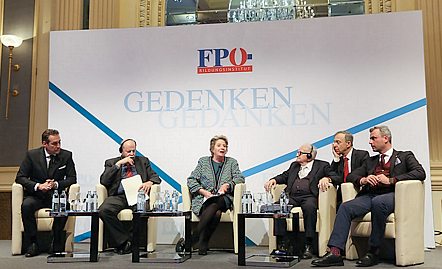 Meeting of H.C. Strache of the FPÖ (Austrian Freedom Party) with the Israeli delegation, symposium on anti-Semitism in Europe

For the last few weeks all eyes have been on the USA and the presidential election, as Donald Trump pulled off a remarkable upset against the entrenched political establishment of both parties. But change is on the way in other places, and one of them is Austria.

Heinz-Christian Strache is the leader of the FPÖ (Freiheitliche Partei Österreichs, Austrian Freedom Party), and Norbert Hofer is the party’s presidential candidate. Due to “irregularities” in the vote, last spring’s runoff election had to be redone, and Mr. Hofer is running again in the new election on December 4. Most polls say the race is too close to call, but Mr. Hofer seems to have a slight lead.

Below is a brief report by our Austrian correspondent AMT on these momentous events:

The American people have spoken. Now it is the Austrian people’s turn.

Or will the Austrians choose a president who will pander to the multicultural world elite?

Despite the fact that the Austrian president’s power cannot be compared to that of his US counterpart, as it is largely ceremonial, the starting point of the election certainly equals that of Donald Trump. Granted, Norbert Hofer is no billionaire. He is not married to a former supermodel. He resides in a quaint house in a rural area to the south of the capital city. He is a politician with commensurate experience. He has the unwavering support of his party.

However, like Donald Trump, he has been defying the relentless onslaught of the Left. Whether it is the political know-it-alls, the Hollywoods (those Austrian actors, producers and directors who emigrated from Austria and now feel compelled to secrete their disdain for anything other than socialist positions), the socialites, the countless representatives of the former conservatives, the financial aristocracy; in short, nearly the entire country has set itself against Norbert Hofer.

Why is it, then, that he won the first run of the presidential election last April? Why did he narrowly lose the (now canceled) run-off election, separated from his opponent by only 30,000 votes? Why is the race currently too close to call? Could it be that the reasons are eerily similar to the reasons the American people decided it’s time for a change?

Norbert Hofer is authentic. He is an incredibly hard-working and honest man. He tells it like it is. No surprises. He shows no disdain for the outcome of an election like his opponent does. He is no darling of the elites.

Will Norbert Hofer follow in Donald Trump’s footsteps? Given the current momentum following Brexit and Donald Trump’s (un)surprising election, there are grounds for optimism.

We will find out on December 4. 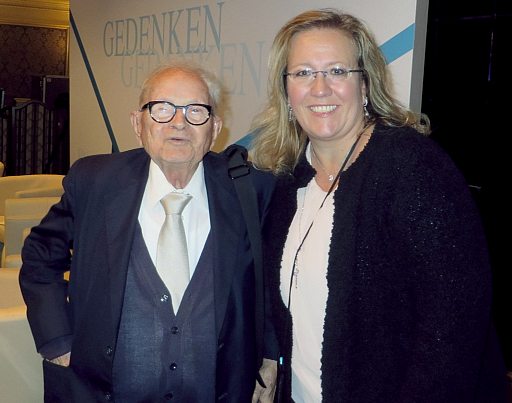 As an example of the change currently underway in Austria, the leaders of the FPÖ recently met with a delegation from Israel for a symposium on anti-Semitism in Europe. One of the members of the Israeli delegation was Rafael Eitan, who was on the team that captured Adolf Eichmann and brought him back to Israel for trial.

JLH, who translated this article from Die Presse, includes this note:

This is a short piece on Austrian conservatives and a connection to Israel. Reminiscent of the immediate decision of our new president to contact Benjamin Netanyahu. In some ways, it takes courage for gentiles to espouse the cause of Israel — even in the eyes of Jews.