Regular readers of this blog know fully well that this is to be expected, even in the highly touted state of supposed “moderate” Islamic Indonesia.

Wherever and whenever post-hijra is spread to the ears of the muslim world, they win out. So called “moderates” have no response to abrogation, they know fully well the latter texts of the koran supersede the former. You cannot get a grip on what Islam is about until you read the koran in chronological order and fully understand the Islamic doctrine of abrogation.

NOTE: Then you have western states upholding ancient blasphemy laws that attack peaceful people talking truthful about Islam, which only serves to embolden the Muslim world.

Mr. Purnama, now running for re-election with high approval ratings, angered the groups again by citing a verse of the Quran in a public address in late September. He has apologized and said he would cooperate with a police investigation, but has since been the target of protests. 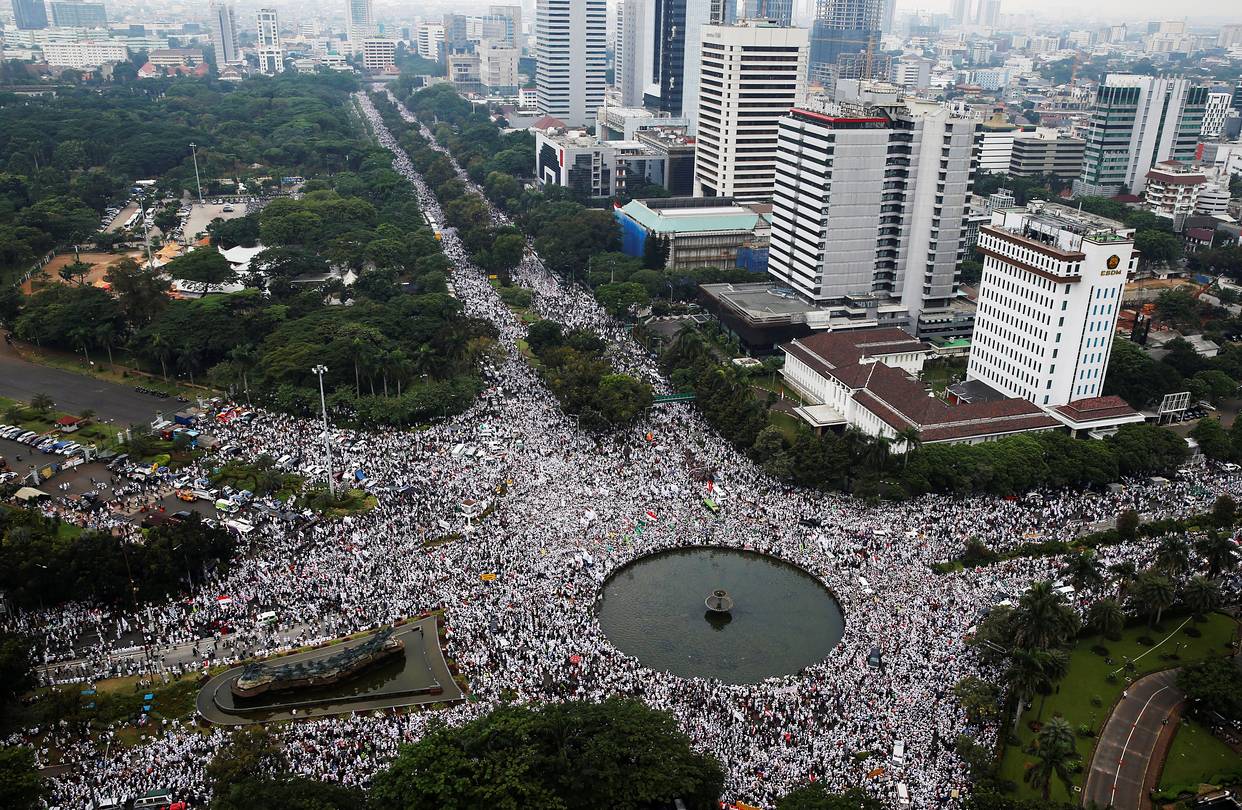 JAKARTA, Indonesia—The biggest street protest in years shook this sprawling capital on Friday, in a stark display of the more conservative, militant strain of Islam taking hold in the world’s largest Muslim country.

Police estimated that 100,000 people turned out for a rally called by hard-line Muslim groups against the capital’s Christian governor, whom they accuse of having committed blasphemy.

“Religiosity is rising, especially among the middle class,” said Yon Machmudi, an Islamic politics expert at the University of Indonesia. “A sense of identification is increasing.’’ 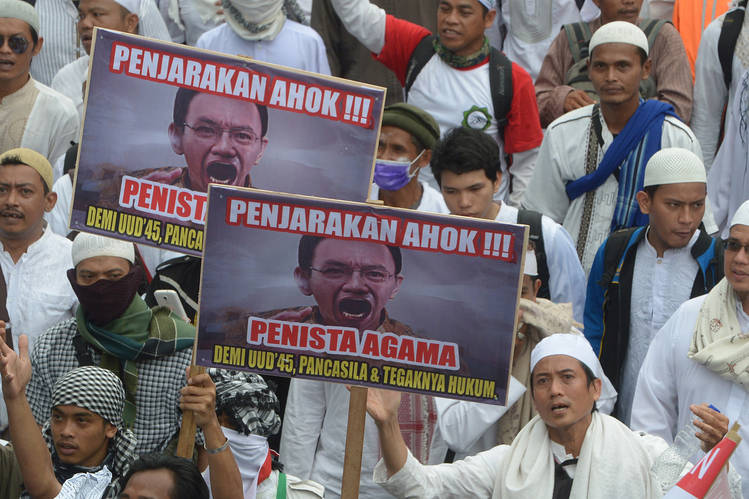 Protesters were taking aim at Basuki Tjahaja Purnama, known as Ahok, who is the most prominent politician among the country’s often-persecuted ethnic Chinese minority—and one of the country’s few Christian lawmakers. He was elected deputy governor in 2012 and elevated to the top job in 2014 after his boss, Mr. Widodo, was elected president.

Some hard-liners had tried to block his ascent then, saying Muslims shouldn’t be governed by a “kafir,” or nonbeliever.

The blunt-spoken Mr. Purnama, 50 years old, also has irritated many with a brash, get-things-done manner that conflicts with Javanese traditions of polite compromise.