Underlining the need for security checkpoints and not giving Arabs any weapons or training. 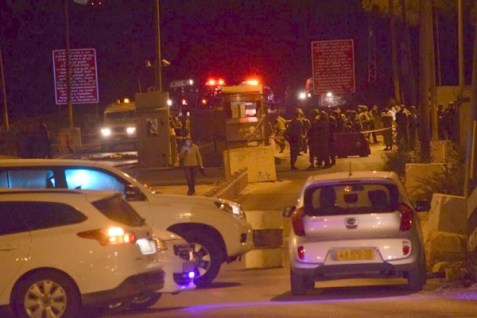 The checkpoint is located close to the Jewish community of Beit El, in the Binyamin Region.

“A Palestinian gunman arrived at an IDF crossing at the entrance to Ramallah and opened fire at forces at the scene, injuring three IDF soldiers,” the IDF said in a statement following the attack.

“In response to the immediate threat, forces shot the assailant. The soldiers have been evacuated for medical treatment.”

One soldier was listed in serious condition with a gunshot wound to the hip. Two other soldiers were listed in good condition, both having sustained shrapnel wounds. All of the wounded were evacuated to Hadassah Mount Scopus Medical Center in Jerusalem.