They (Pyson Games) would never do the same to Hillary or Obama now would they, in echo chamber Finland where no real debate of Global Warming fraud science exists. The basic idea of the game developed by Jyväskylä-based game studio Psyon Games is to hurl projectiles – books, the globe, energy-efficient light bulbs, at some of the tweets Republican presidential candidate Donald Trump has used to counter scientific arguments.

According to chief executive Olli Rundgren, the game is a well-intentioned attempt to help youngsters develop the art of critical thinking.

“The President of the United States is the most influential person in the world and if he utters statements that strongly contradict science, then that’s very worrying,” Rundgren noted.

He said that the game encourages people – young and old – to adopt a critical approach and to discuss contradictions in global politics and science. Apart from addressing Trump’s very strident views on global warming, the game also highlights his opinions on vaccines and energy-efficient light bulbs.

The game was released during the summer and so far, players have shot down the Republican White House hopeful’s statements more than three million times.

UPDATE: The geniuses at Psyon Games engages me on Twitter:

Nasa’s ”data” has been debunked…

@psyon_games Back at you and try to watch it in its entirety….there is much we don’t know…not settled science… https://t.co/U3VVc4qslN

Increasingly respected climate theory that cosmic rays impact global temperatures due to influence on cloud formation is given a real boost thanks to new evidence.

Swedish climate researcher, Magnus Cederlöf has performed a detailed analysis of climate data relating to cloud formation and found that there is strong correlation in favour of the theory of Henrik Svensmark (pictured). Svensmark is a physicist and professor in the Division of Solar System Physics at the Danish National Space Institute (DTU Space) in Copenhagen.

In the comments to my last post, led the signature “Slabadang” me on an interesting track. He claimed that the clouds varied in tune with the solar radiation. If this would be the clouds would have a negative feedback and thus balance the climate. I downloaded the satellite data from CERES to check his data.
Below is how the global cloud cover varies with the global solar radiation. The reason that solar radiation varies over the year is that the Earth is in an elliptical orbit around the sun. When we in the northern hemisphere has winter, we are therefore closest to the sun. However, it is the angle to the sun which means we have winter. 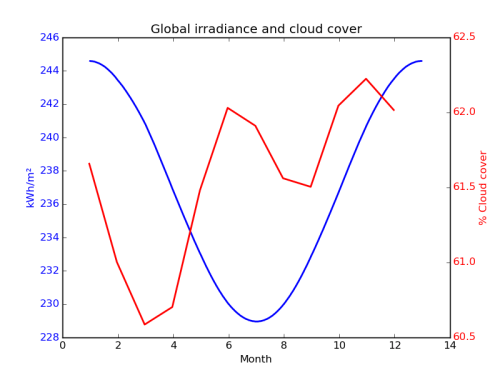 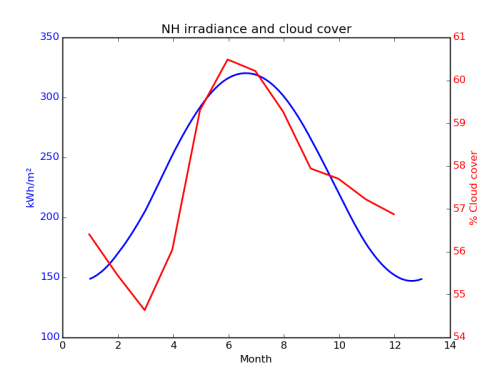 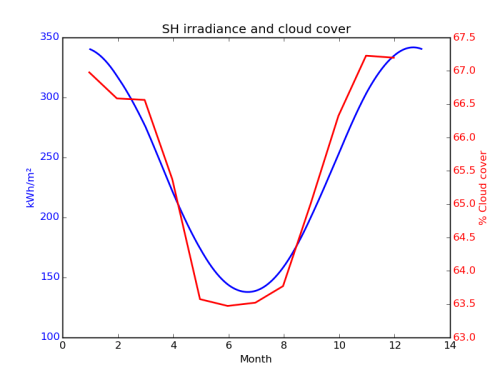 For the two hemispheres, there is thus a very good correlation between solar radiation and cloud cover. The reason that you can not see any correlation globally is likely that these variations are so much less that they drown out the noise of the large variations in the hemispheres.

It is thus clear that cloud cover increases when solar radiation increases. Then the sun’s rays do not reach the earth’s surface and then counteracts the clouds changes. The same must therefore apply to the carbon dioxide effect. When it increases, the clouds that counteract the temperature change. Here we have again an example that there is a negative feedback and not a positive feedback that the whole scare propaganda in climate science based.