#BREAKING: 7 injured – some seriously – in a #Palestinian Shooting attack in Jerusalem pic.twitter.com/9DJ5EXbpq8 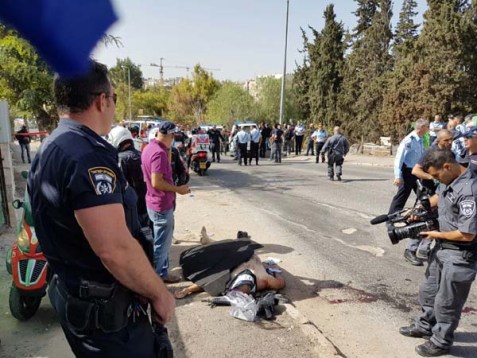 There was a terror attack near Ammunition Hill in Jerusalem, near the train stop, at 10:12  AM on Sunday.

Up to 4 people may have been wounded in the attack.

The terrorist opened fire at the Jerusalem light rail, wounding at least one person. He then ran the the Shimon Hatzadik neighborhood (Sheick Jarach) and opened fire, wounding more.

The terrorist was then shot and neutralized.

United Hatzalah volunteers from the Jerusalem chapter are currently treating injured and wounded individuals at a light rail station following the attack.