Though angry over it, the Finnish government caved, at least for awhile, till the US demanded that they resume the flights.

This is exactly what the author, Bat Ye’or described in her book Eurabia, the ”palestinianization of Europe”.

Bat Ye’or deserves the lion-share credit for exposing this symbiosis of terror threat/dhimmi submissiveness in Europe, which lead to a more philo-Arab mentality and Arab-narrative friendly position. It has now become a well cemented feature in European politics. This article proves it. Both Hungary and Romania are provided as examples of this quid pro quo relationship between PLO operatives and government officials.

Soon after, Finland ended the transfers. Finland allowed transports again until three months later. This happened after, inter alia, the United States had called for the continuation of the transports.

Finnish military intelligence officer wrote down the freshly delivered PLO ultimatum by a Palestinian intermediary. According to the report the PLO pressured Finnish from publicity of the secret negotiations taking place or, failing that Finland would be taking a big risk.

The PLO’s mafia-style threat has so far been the only concrete threat of violence focused on Finland since the war, says the IL-plus service report published today. The contents of this threat has not been told before.

The Palestinian group the PLO blackmailed the Finnish government in 1990 and threatened to carry out a terrorist attack, unless Finland gave them money. 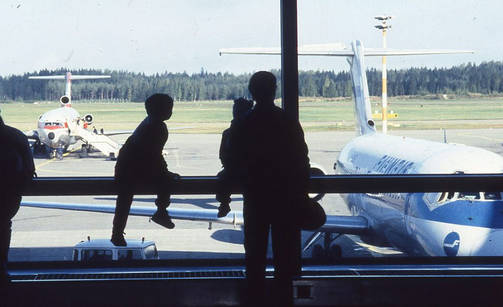 PLO left the ultimatum on 9 July 1990, to a high ranking officer in the Finnish Military Intelligence.The ultimatum was addressed to the Government of Finland.

The Arab middleman representing the PLO announced in the meeting with the Finnish intelligence officer, that the PLO leadership had made a decision “that will teach Finland a lesson”, which would mean a terrorist attack against the Finland or Finnish citizens.

The intermediary explained that Finland could avoid the PLO’s strike against Finland, if for example, they would pay the PLO with protection money. Alternatively, Finland could make political favors for the PLO.

The PLO connected the threat to the current situation. The Government of Finland had previously a few days before, decided to allow Jewish immigrants moving from the Soviet Union to Israel, to be transported from Leningrad to the Lappeenranta airport and from there to Tel Aviv, on Israeli airline El Al planes.

The PLO had publicly criticized the Finnish government’s decision of permitting the transits on the pretext that Israel might colonize the migrants to the occupied Palestinian territories.

While delivering its ultimatum the PLO made clear that the reason they told about the mass media (i.e. Finland had approved Russian Jews to go through Finland to Israel) was a pure alibi / pretext.

(TT editor’s note: The IS journalist Olli Ainola implies, that the PLO logic is carpe diem. They saw their opportunity there, since the media listens to them. The PLO truth always becomes the official truth. They tried to say, since Israel bring more Jews to occupy their land, they have no other choice than attack. It’s just self-defense, they claim, so once again, the root of all evil in the ME is Israel. They tell the story this way, so mass media feels pity for the poor palestinians. It works every time.)

PLO suggested to Finland to from public the confidential bilateral negotiations in which the parties would agree on how Finland will pay the PLO for the Jews transit and at the same time to avoid the PLO’s violent retaliation.

PLO had afflicted proposal. The intermediary told the intelligence officer examples of how the PLO had in similar cases solved issues with other countries.

An intermediary in Hungary had received permission from the PLO to carry out activities limited to the transport of the Jews, because Hungary had previously been offering asylum to known terrorist, namely the Venezuelan born, Carlo the Jackal.

While with Romania, the PLO had made a deal that each Jew “was a dropped coin” into the PLO’s bank account. So wrote the Finnish intelligence officer fresh after the meeting in its secret report of the Defence Staff.

Ultimatum was delivered lightning fast to the Finnish political leadership and to the Security Police. It was the then President Mauno Koivisto and Prime Minister Harri Holkeri and the Secretary of State Pertti Paasio . All were wisely silent in public, but beneath the surface they were in an uproar.

The ultimatum exceedingly angered Finnish leaders. Only a year and a half earlier, the Finnish Government had invited PLO leader Yasser Arafat to Finland. The visit was realized in January 1989, and Arafat had been allowed to meet Finland’s entire political echelon.

The Security Police met with the PLO’s station chief in Helsinki, who most likely promised to meet with the person who delivered the threat.

Finnair feared a terrorist retaliation attack. In December 1990, Finnair urged the government to completely stop the transfer of Jews from Finland.

Finnair pressured the government to protect the airport from any “possible terror attacks”.

A huge wave of migration

Soon after, Finland ended the transfers. Finland allowed transports again until three months later. This happened after, inter alia, the United States had called for the continuation of the transports.

Jews flying from Helsinki-Vantaa Airport continued for about ten years, without the issue causing almost any attention.

According to retired administrative director of the Helsinki Jewish congregation, Dan Kantor, a record number of about 25 000 former Soviet citizens travelled to Israel via Finland.