It contradicts the propaganda coming out of the government that’s saying ”all is well”.

I’ve been warning about exactly this for months, and the politicians are to blame for all of it. 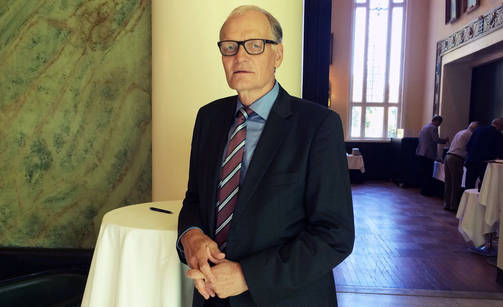 Former Police Commissioner Mikko Paatero believes that it is self-evident that organizing at reception centers is taking place.

Just over a year ago after retired chief of police Mikko Paatero has left office, he published a book on Thursday, on how Internal Security is faltering. The book deals with, among other things, the current situation in Finland’s security and the threats against Finland.

Paatero took the matter up again on Thursday with the launch of his new book.

Paatero wonders of the opinion issued by the Ministry of the Interior Permanent Secretary Päivi Nergin on Wednesday night, according to which the reception centers do not have any signs of organization.

– If Nerg says that there is no organization, then (the comment) is not from this planet, says Paatero.

– I think it is self-evident that the organizing has happened and is happening all the time in circumstances where like-minded people have been with each other for months. When there are people who have the same values and the same goals, so I think it is just a natural result that organizing takes place. Will it lead to any negative results in the next step, remains to be seen. But it must be prepared for, Paatero said to Iltalehti.

According to former National Police Commissioner Paatero, Finland has at least hundreds of asylum seekers who have received a negative decision and who have not left the country voluntarily nor have been forced to, and have virtually disappeared.

– All by no means have left, but have gone “underground”, and since then the situation is vague. No one is controling the issue, says Paatero.