Islam has always been about military conquest/subversion and submission of the non-believer.

Courtesy of Gates of Vienna…..

The book reviewed below by Thomas Bertonneau follows on the heels of Emmet Scott’s work, and adds further layers of well-documented information debunking the notion of the “Golden Age of Al-Andalus”. 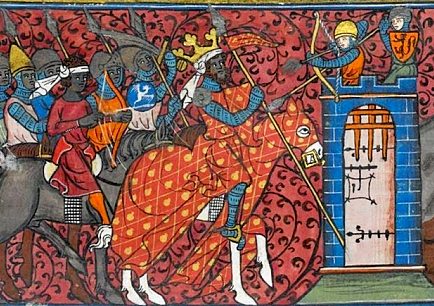 Dario Fernández-Morera’s Myth of the Andalusian Paradise: Muslims, Christians, and Jews under Islamic Rule in Spain 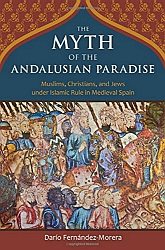 In The Twilight of the Idols (1888), Friedrich Nietzsche expressed his wish to philosophize with a hammer, that is, to make smithereens of the false images that leeringly prevent a candid vision of life, the world, and history. Nietzsche wrote that “there are more idols than realities in the world.” He wished, with his instrument, preliminarily, to “test” the idols — expecting to detect “as a reply that famous hollow sound which speaks of bloated entrails.”

If that were the sign, the hammer might come fully into play. Like the supreme iconoclast of the German language, Dario Fernández-Morera, a Professor of Spanish and Portuguese Literature at Northwestern University, has decided to test a certain gallery of idols, the much-revered ones connected with a persistent, but, in light of accessible knowledge, dubious legend.

The old legend of Islamic Spain (for that is the story in question), of its tolerance and enlightenment, and of its convivencia of all peoples, has gained new currency with the rise of the anti-Western, anti-Christian ideology known as multiculturalism. The university departments of Arabic and Middle Eastern Studies, having transformed themselves into publicity businesses for the new militant phase of Islam, their acolytes, politically correct to the core, have propagandized the utopian narrative of the Umayyads, Almoravids, and Almohads in Spain.

Those same acolytes have either ignored the achievements of Visigothic Spain and its successor polities in the northern part of Hispania or have denigrated them by invidious, non-factual comparisons. Honoring the facts, which he has patiently gleaned in a decade of impressively disciplined study, Fernández-Morera has written The Myth of the Andalusian Paradise (ISI, 2016), which, with its handsome dust jacket, is nevertheless a warrior’s cudgel. The myth of that supposed paradise will not withstand its prodigious action.

The basic vocabulary of the Andalusian Myth reflects a mendacious agenda, as Fernández-Morera takes care to point out in his opening chapter, on “Conquest and Reconquest.”In modern accounts of Spain under the Muslims, scholars of the departments invariably refer to a geographical entity called Iberia. In a detailed summary of the historical background to the centuries of Muslim hegemony, Fernández-Morera reminds his readers that the Romans, who were active in the peninsula from the time of the First Punic War, never named it by any other name than Hispania.

That same Hispania became a province of the Roman Empire, providing it with emperors and artists over the centuries, and playing a role within the imperial structure in the west only second to Italy. When the imperial administrative structure in the west broke down in the Fourth Century, and the Visigoths inherited the Roman mantle south of the Pyrenees, they too still called the region Hispania.

Spain had thus been Spain to its inhabitants for nearly a thousand years before the Muslim invasion. After the invasion, Spain remained Spain to its Spanish-Christian inhabitants, as Fernández-Morera demonstrates by bringing into evidence documents from the period in question. The academic use of the term Iberia conveniently deletes these facts, just as it deletes the spiritual resistance of the actual Spaniards (the Spanish-Roman-Christian-Gothic people of Spain) during the relevant centuries to their militant overlords of another religion.

Fernández-Morera therefore prefers the terms “Spain, medieval Spain, and Islamic Spain” to Iberia. Indeed, Fernández-Morera characterizes both the Muslim attempt, beginning already in the Eighth Century, to replace standing Latin toponyms with Arabic labels and the modern recursion to that replacement-nomenclature as imperialistic gestures. He writes that medieval Spaniards “considered the lands conquered by Islam to be part of Spain, not part of Islam, and therefore they did not use the term Al-Andalus,” the Muslim name for the subdued region.

Fernández-Morera remarks another verbal sleight-of-hand in contemporary discourse about Spain under the Muslims: that discourse tends to treat the invasion, conquest, and exploitation of native wealth and resources of Spain as a non-event — something that casually happened — perhaps during a collective blink, after which the Muslims were mysteriously and benevolently there — but without a motive and without an agenda and meanwhile lacking any context, things that might permit an assessment of it. Fernández-Morera addresses the dodge by emphasizing the actual context of the original cross-Gibraltar incursion and its sequels, so disastrous for Spain: It belonged to Islam’s violent jihad across North Africa and took place simultaneously with Islam’s campaigns of terror and conquest in Christian Anatolia.

“Muslim and Christian chronicles tell us,” Fernández-Morera writes, “and archeological evidence corroborates, that, in the second half of the Seventh Century, the Islamic Caliphate’s armies from Arabia and the Middle East swept through North African coastal areas held by the Christian Greek Roman Empire.” These regions had been bastions of Christianity since the Third Century and, like Spain itself, productive provinces of the Empire.

The Muslim armies that marched out of newly-subdued Egypt under the banner of their prophet set the pattern of jihad by besieging and capturing cities, killing all adult males who refused conversion, and taking women and children into slavery; they burned and demolished churches and synagogues.

Such grabuge, rapine, et saccage honored the commands of Allah and venerated through imitation the life of the “perfect man.” As Fernández-Morera writes, “Jihadwas so widely understood as Holy War in Islamic Spain that the famous work on jihad as Holy War by Abu Ishaq al-Farazi… remained popular in Spain long after it had ceased to be edited in other lands.”