An excerpt from an essay at the Gates of Vienna:

Rembrandt Clancy has translated a recent article by Hans-Peter Raddatz about the European Left’s concern that Jews in Europe may be turning towards the “populist” Right in the face of the Islamic onslaught in Europe.

The translator includes an introduction, plus a full translation of the article referred to and criticized by Dr. Raddatz in his essay. 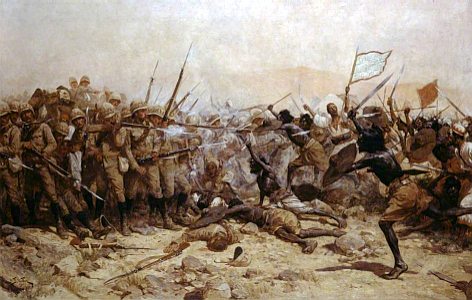 Islamo-IQ and the Inversion of European Intelligence

The following article by Dr. Hans-Peter Raddatz, “Gottschlich and the Totalitarian IQ”, is a critique of a slightly earlier article by Maximilian Gottschlich entitled “Are the Jews being taken in by the Right?”. Dr. Gottschlich is professor emeritus for Journalism and Communications at the University of Vienna. He has been involved for years with the pursuit of Jewish-Christian reconciliation (diePresse.com).

Because Dr. Raddatz makes frequent reference in his article to Prof. Gottschlich’s contribution, we supply a translation of the latter which is to be found at the bottom of this posting. The Gottschlich article expresses some of the properties of Critical Theory belonging to the Frankfurt School: — Christianity is toxic; an ‘eye to the Right’; universal, mostly unconscious European anti-Semitism and the portrayal of Germans and Austrians as hostages to their National Socialist past. Considering that favoured minorities are not normally subject to Critical theory, Prof. Gottschlich gives Islam a singular function when considered against the background of the Jewish-Christian “dialogue” mentioned above.

Gottschlich and the Totalitarian IQ

Just as Sigmund Freud once sensed “discontent in the culture” [Unbehagen in der Kultur][1], so today, discontent with interculturalism is spreading throughout all of Europe: there is a growing resistance in civil society, which on account of progressive Islamisation is beginning to realise that “tolerance” is another word for the globalist-socialist expropriation, which, with the diktats of the appropriately billed “EUSSR”, is merely continuing the tradition of European systems of violence.

Proof of the growing neo-totalitarianism resulting from this are the endlessly varying formulae opposing xenophobia, anti-Semitism and Islamophobia, all of which, taken together, constitute stern psychologisms which co-opt thinking in a radical way, for as is often emphasised by their protagonists, there is “no alternative”.[2] Also, when Germany, for example, takes in two-thirds of all EU immigrants, and recently 1.5 million of them in a single year, the politico-media agitprop commissars see in citizens who speak of being overwhelmed by immigrants, nothing other than “Islamophobic incendiaries” who “foment anti-Semitic conflicts”, add peace-spoiling “fuel to the fire” and understand democracy as a “neo-fascist state