Would we expect anything less from these barbarians…..?

3 Doctors and a Nurse Arrested for Hizmeh Terror Bombing 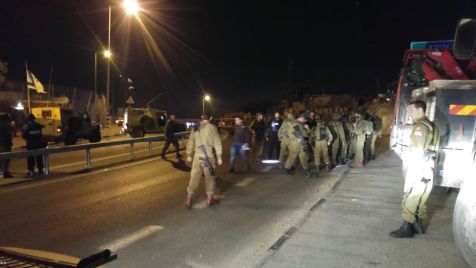 This has got to be one of the strangest Arab terror cells captured to date in Israel.

On the eve of Israel’s Memorial Day a series of bombs exploded in the Hizme junction, seriously wounding an IDF officer.

The Shabak announced today that in a combined effort between the Shabak and the IDF’s Duvdevan unit, the terror cell which exploded the bombs has been captured. The cell had been planning additional attacks near Maale Adumim.

What is surprising is the makeup of the terror cell.

Three of the five Arab terrorists are dentists, one is a (male) nurse who works in a hospital (which wasn’t named). Two of the suspects had been arrested earlier which apparently led to the capture of the entire cell.

The terror suspects arrested in this raid were:

• Dr. Samer Mahmoud Daoud al-Halabi, born in 1980, a resident of Abu Dis, a dentist – he placed and activated the bombs by cellphone.

• Dr. Dagana Faiz Gamil Nabhan, born in 1980, a resident of the Kalandia, a dentist – he assisted al-Halabi.

• Daoud Mahmoud Shehada al-Halabi, born in 1952, a resident of Abu Dis, a (male) nurse in a hospital – the father of the perpetrator.

• Dr. Daoud Mahmud al-Halabi Shehadeh, born in 1974, a resident of Abu Dis, a dentist – the terrorist’s brother and his assistant in the bombing.

• Shadi Mohamed Ahmed Muhsen, born in ’84, a resident of Abu Dis – the perpetrator’s cousin and an assistant in the bombing.

The surname al-Halabi indicates the family immigrated to Israel from Aleppo [Haleb], Syria. 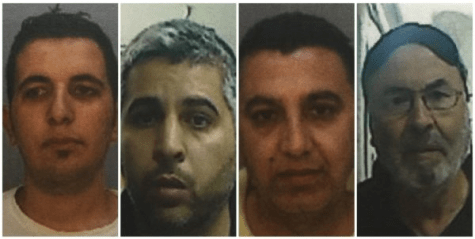