The next stomping grounds for those jihadis fleeing Iraq….. Islamic State and similar minded have been laying the foundation for societal takeover for some time now.

{Article is exclusive to The Jewish Press}
By: Mudar Zahran
Published: June 20th, 2016 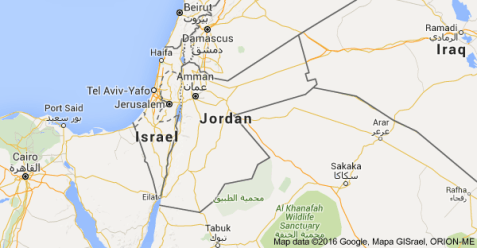 Many Western and Israeli journalists paint a rosy picture of a Jordan’s “peaceful regime” and “stable throne.” As you will see in the next few lines, those descriptions are very far from the truth.

Even worse, some journalists, do claim “authority” on Jordan’s politics despite failing to do the proper groundwork and research, assuming that spending a week in a five-star hotel in Jordan entitles them to judge the status quo. Some claim authority about Jordan just because they can read Arabic and then translate Jordan’s official state media stories as “exclusive analysis” of their own.

Such practice of deliberate misinformation should worry every American and Israeli, as it does end up feeding wrongful information to the public opinion and eventually influencing decision makers into taking the wrong actions. Therefore, those either uninformed, ignorant or simply sell-out journalists do threaten American, Israeli and Jordanians’ interests.

Here, you will see the pure naked truth presented against the myths that some media people keep misinforming the public with, at best, out of ignorance or, at worst, spreading lies on purpose..

Myth: Israel sees Jordan’s regime as stable and depends on it for security

Fact: A recent Israeli intelligence leak shows that Mossad leadership believes the king and his regime are on their last legs and as such, he will never be able to pass the throne to his heirs. This is one possible reason why Israel is building a $1 billion mega wall across Jordan’s borders. [1]

Myth: Jordan is friendly with all of its neighbors, making it a stable country

Fact: Despite alleged peace with neighbors, Jordan’s king has clearly aligned himself with Syria’s Assad. Why? The King fears that Assad’s fall could bring his own. As a result of his belief, he is close to Assad’s supporter:  Iran. He has also been provoking, antagonizing and disturbing Saudi Arabia and Israel. The King’s official media is in the process of inciting not just a war of words against the countries, but anti-Semitic programs (including the stab-a-Jew go to heaven program).  In fact, an official Israeli statement recently described Jordan as a “major contributor to the unrest in Jerusalem”, through both: incitement and action. [2]