You can cite these kinds of stories to those who refuse to believe that Islamization is not a real phenomenon.

Bayern.Recht: The appointed guardian shall have no decision-making power of a married underage for the stay of the ward because of §§ 1800, 1633 BGB. This also applies effectively to married underage refugees, if under the law of the home country in so far is there is no custody.

One in Syria after marriage rights effectively contracted a marriage for 14-year-olds recognized as full age if the spouse belongs to the Sunni faith and the marriage has already taken place. 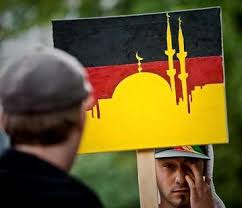 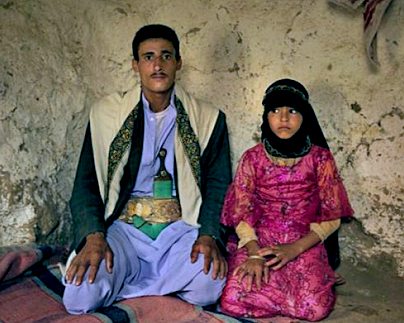 The following report from the German website Einwanderungskritik (Immigration Criticism) is all but unbelievable: a district court has cited sharia law to validate a Syrian immigrant’s marriage to a 14-year-old girl. An act that would land a native German man in prison for child molestation is being sanctioned by the court as a valid “marriage”, simply because it as recognized as such by Islamic law.

Many thanks to Nash Montana for the translation:

“A marriage that has been performed according to Syrian law in Syria with a 14 year old bride and a man of legal age, has to be recognized as valid if the husband belongs to the Sunni religion and the marriage has already been executed.”

With mass immigration, not only terrorism in Paris and Brussels and the sex crimes on New Year’s eve came to Europe, but also very different social and moral values. For instance, Islam allows men to marry multiple women.

Extremely problematic: Mohammed married his “favorite woman” Aisha when she was just six years old. That is not an unusual Islamic opinion; this is widely uncontested knowledge in Sunni as well as in Shiite Islam. In Germany however, as part of sanctioned lying to advance the cause of Islam (taqiyya), those who ask critical questions are often told: Aisha was after all already 14 years old when she married the 50-year-old Mohammed. Even more common is the lie that around the year 700 children were a lot more sexually mature. That one cannot compare the nine-year-old Aisha therefore with a nine-year-old of today, that she was a complete woman. That all the focus on cleanliness and coddling in the modern world is what delays a girl’s menstruation more and more.

The opposite has been scientifically proven: In Germany in 1860 girls got their first period at the age of 16.6 years old. In 1920 they began to menstruate at 14.6 years old, in 1980 at 12.5 years old, and today even sooner yet. And all this of course completely independent of the fact that a first menstruation is only one step on the way to become an adult woman and it does not signify the ultimate end of childhood.