Skip to content
Home
/
2016
/
May
/
15
/
Paleostinians
/
ISRAEL: IF YOU HEAR A SIREN DON’T BE AFRAID IT’S NOT AN AIR RAID, IT’S JUST ARABS UPSET THEY DIDN’T SUCCEED IN GENOCIDE OF THE JEWS…….
Facebook
Twitter
Google+
LinkedIn
Pinterest Update: Naqba Day Sirens to Sound at Noon (or Not) 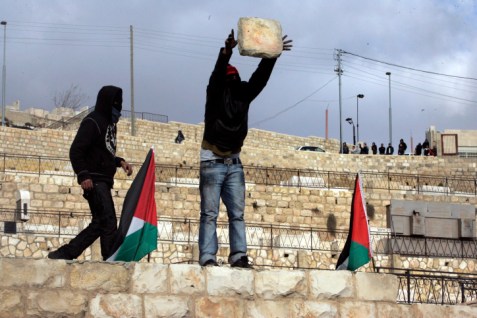 See the siren update at the bottom of the article.

In Palestinian Authority mosques throughout Judea and Samaria, the Arabs will be replacing their calls to prayer, incitement speeches and Islamic messages with the Naqba siren, at noon on Sunday, according to security sources.

Naqba Day commemorates the day when the neighboring Arab countries and people gathered together to attack and destroy the fledgling Jewish state in May of 1948 – and spectacularly failed, proving that despite Islam’s replacement theology, Allah is a Zionist.

The siren will sound at noon for 2 minutes, and all PA pedestrians will try to stop throwing firebombs and stones, as well as driving their cars into Jews and blowing up buses and restaurants. They will stand at attention, in yet another cheap imitation of Israel.

It may be the safest two minutes in Israel’s history.

As of Sunday morning there have been reports of Arab stone throwing in multiple locations, and one Israeli driver was injured after a stone hit his car in the Binyamin region.