How any westerner could ever support these jackals is beyond me.

They spread nothing but evil and demand your hard earned tax money in order to help them do it.

Two elderly ladies were stabbed by Arab terrorists as they walked with friends in Jerusalem early on the morning before Israel’s Memorial Day.
By: Hana Levi Julian
Published: May 10th, 2016 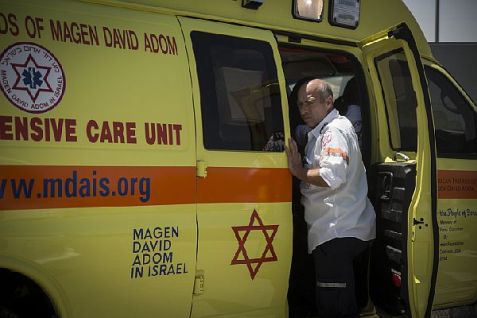 Two elderly Jewish women were stabbed by two Arab terrorists as they walked along a path under the boardwalk in Jerusalem’s Armon HaNatziv neighborhood early Tuesday morning near the Arnona section of the city, which is not far from Arab neighborhoods.

The victims were part of a group of five women who were out enjoying the beautiful spring weather in the capital when the two masked Arabs launched their attack, according to police sources.

Both women were in their 70s and were stabbed in the chest, one stabbed multiple times. The two victims were rushed by paramedics from the Magen David Adom emergency medical response service to Jerusalem’s Shaare Zedek Medical Center. They were both conscious and were listed in fair condition upon admission to the hospital’s Trauma Unit.