Yeah, in that state which supposedly practices institutionalized bigotry against Arabs.

The five justice Supreme Court of Salim Joubran, Neal Hendel, Uzi Vogelman, Isaac Amit and Zvi Zilbertal cut his jail sentence considerably after many observers believed he was given an overly harsh sentence even given the bribery convictions. 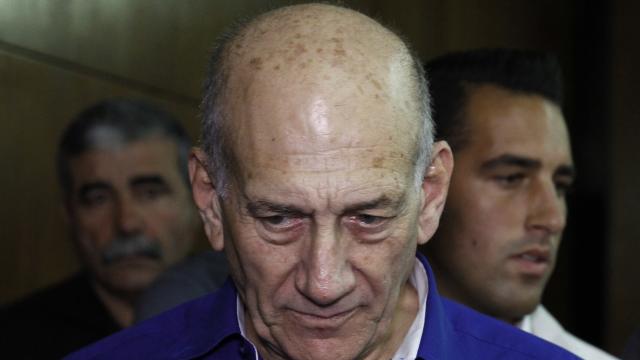 First PM in history to get jail sentence; will serve 18 months rather than 6 years.

The Supreme Court on Tuesday partially accepted Ehud Olmert’s appeal of his spring 2014 bribery convictions, but he will still become the first prime minister in history to go behind bars.

The court knocked out one of Olmert’s convictions for taking an NIS 500,000 bribe, but convicted him of taking a NIS 60,000 bribe. He will serve only 18 months, rather than the six years he was originally sentenced to. Olmert was set to begin serving his sentence on February 15, 2016.

If he had won on appeal, he would have reversed a string of losses over the last approximately 18 months, and escaped the longer of the two jail sentences hanging over his head.