I get the fact of denying Saddam Hussein Kuwait’s oil, but sacrificing US lives to defend that pile of sand crap varmints galls me to this day.

US forbade Kuwait Airways from discriminating against Israelis, but Kuwait boycott law meant it had to drop the NYC-London flight.
By: Lori Lowenthal Marcus
Published: December 17th, 2015 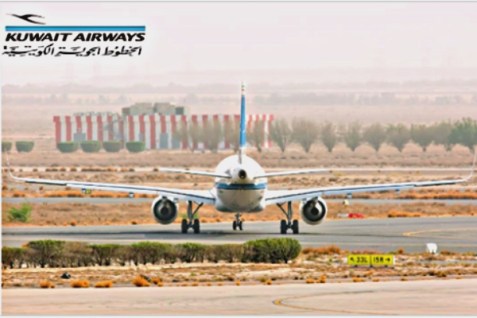 Every once in awhile the bad guys suffer the consequences of their wrongdoing.

A very recent example is an airline which refused to allow Israelis to travel on its planes and ended up having to cancel its NYC to London flight because the ban violates U.S. anti-discrimination law.

A passenger with an Israeli passport was prevented from purchasing a Kuwait Airways ticket on a New York City to London flight in 2013. That passenger, Eldad Gatt, brought a discrimination claim against Kuwait Airways with the U.S. Department of Transportation.

The Department found that the airline’s denial of service to Gatt was an act of discrimination in violation of U.S. law.

“It is our duty to ensure that the transportation system is free of discrimination. Period. I know how important protections against discrimination are, and our Department will stand firmly against it. Today, we are saying “no” to discrimination against Israeli citizens on flights between the U.S. and the U.K.,” said U.S. Transportation Secretary Anthony Foxx on Sept. 30. Any airline that wishes to operate in the U.S. should know that we will not tolerate discrimination of any kind in our skies,” Secretary Foxx continued.

The department informed the counsel for Kuwait Airways of its decision, informing the airway that it agreed to be bound by U.S. law when it sought its foreign air carrier permit from the United States.

On Oct 29, the Department ordered the Kuwaiti airline to end its discriminatory policy.