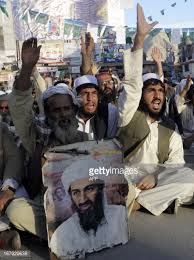 From al-Reuters  Retweeted by Real Palestinian

Al Qaeda’s affiliate in Yemen threatened the Saudi government over its plan to carry out a mass execution of prisoners, including al Qaeda members, the militant group announced in a statement posted on social media.

Al Qaeda in the Arabian Peninsula (AQAP), one of the deadliest branches of the global militant network, said it was aware of Saudi intentions to execute its members in Saudi prisons and pledged to carry out attacks in response.

“We swear to God, our blood will be shed before the blood of our captives, and their pure blood will not dry before we shed the blood of the soldiers of Al Saud,” the group said in a statement which was posted on Twitter and dated Tuesday.

“We will not enjoy life unless we get the necks of the Al Saud rulers.”