How about condemning fake refugees and other illegals breaking into FINLAND and abusing, stealing from, and raping the native population? No apology nor condemnation for that now is there?

Sipilä condemns the attack on Stubb’s home: “There is no place for such a thing”

Prime Minister Juha Sipilä (center) condemns the malicious attack on the home of the Minister of Finance. 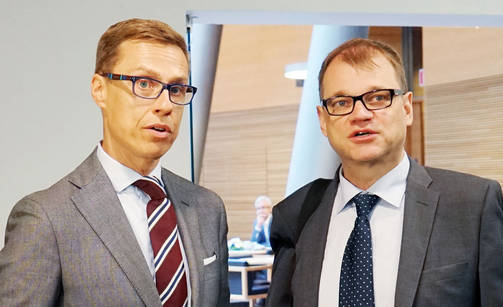 The apartment of Finance Minister Alexander Stubb (National Coalition Party), was forced into last night and vandalized. Stubb’s family was at the home.

Adviser to the Minister, Suvi Aherto, informed Iltalehti of the attack on Tuesday, and also informed the Prime Minister’s Office.

Prime Minister Juha Sipilä commented on the case on Twitter.

– I condemn the vandalism against VMI (Finance Minister) Stubb’s home. There is no such place for this in our democracy, Sipilä wrote.

Stubb is due to tell the course of events in more detail today, at a news conference in Rovaniemi.