How they think in the Middle East in contrast to Western thought, is a night and day comparison. No one knows this better than the Israelis and other non-Islamic minorities left in the once Christian areas of the Levant and Maghreb. 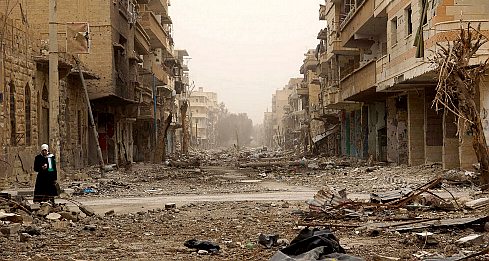 On this morning’s translated op-ed about the European immigration crisis, our Arabic translator rita malik left an excellent comment that is worth reproducing in its entirety. It has been edited slightly for punctuation and clarity:

I certainly disagree with you on so many levels, RonaldB. First let me say that I am an Iranian ex-pat, and I want to tell you my perspective on these issues as an outsider to Western culture:

As I have observed you Westerners now for close to twenty years that I have lived amongst you, I have learned that you are a people that think you are responsible for all the things that go on in the world.

You are obsessively solution-oriented people, which means you think for any problem that we have in this world, there must be a solution, and you implement various solutions to international problems that you see around you. Sometimes they work and sometimes they don’t.

You also are a highly responsible people, and when even the slightest thing goes wrong, you are very angry and indignant about it and you quickly want to find the one responsible for it and punish him. You quickly look for someone to sue.

Being a guilt-oriented culture (as oppose to shame- and honour- oriented) also you are very quick to take responsibility when you feel (real or imagined) that you did something wrong and quickly start to beat your chests in a public mea culpa and engage in proverbial self-flagellation.

All of the above make you incapable of understanding people from my neck of the woods, and your and our tendencies have made a really toxic combination on the world stage.

Why? Because we in the Middle East are a very irresponsible and fatalistic lot. When things go wrong for us (as they often do) we never fuss too much over why they went wrong. We expect things to go wrong all the time as part of the natural process of things, and when they do we don’t try to find the guilty party to sue him. Analysis and self-reflection and making sure it will never happen again and stuff like that are highly alien activities to us.

Unless of course what went wrong causes us shame and embarrassment, in which case we will do anything possible to deflect blame from ourselves, especially if we have a hunch that it actually was our fault. We will make a lot of noise, give lots of excuses and engage in a lot of blame-shifting. We roll up in a fetal position and pretend that we are actually the prime victims of what went wrong, all the while knowing full well that we have caused the damned thing to go wrong ourselves!

END_OF_DOCUMENT_TOKEN_TO_BE_REPLACED

NOTE: This explains exactly the dynamic in the debate between the Jews of Israel and the Arabs of the region in general, but the ”palestinians” in particular.

The former Israeli ambassador to Finland, Avi Granot, explains the mindset perfectly, captured by yours truly.