The question is, will he vote against Obama’s veto of Congress’ rejection of his deal?

If Yid With Lid’s observation are correct, no.

This is very much like how GOP RINOS behave, who do absolutely nothing to stop dangerous legislation (or even to allow it to the floor), only to vote against it in order to show their constituents they “voted in the right way”…but the measure passes.

A Cynical Scam: Schumer’s Iran Announcement Was Made To PROTECT Iran Agreement 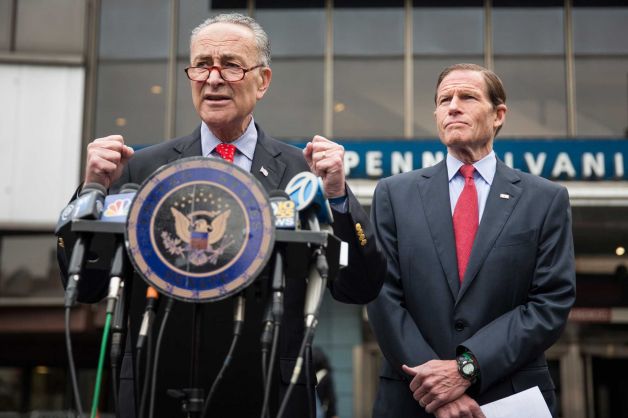 Thursday was a very strange night in Iran deal news. Just before the first of two Fox debates, NY’s Junior Senator Kirsten Gillibrand announced she was supporting the President’s Iran deal, and during the second debate NY’s Senior Senator Chuck Schumer said he was going to vote against the deal. A few moments after Schumer’s announcement it all began to seem contrived, or as we say in New York, to paraphrase Shakespeare the “boid of Avon, Something’s rotten in the State of New York.”

Both senators committing the same day, and timed during the big debate night it all seems very convenient, perhaps designed to hurt the Obama deal the least, especially when one considers the answer I received from the Schumer camp indicating he was not going to whip up no votes from his Democratic colleagues.

NY has the largest Jewish population of any state in the U.S.– a Schumer’s no vote announcement will turn out be very popular with his constituents, but it’s a scam.

To give some context to those readers who live outside the empire state; Chuck Schumer holds major press conference to announce every minor thing he does. It would not be a surprise to New Yorkers if one day the senator holds a presser to announce a bowel moment (perhaps an exaggeration but not by much).

By his own words Schumer’s announcement rejecting the Iran agreement was a big deal. His announcement press release began with a dramatic, “Every several years or so a legislator is called upon to cast a momentous vote in which the stakes are high and both sides of the issue are vociferous in their views.”