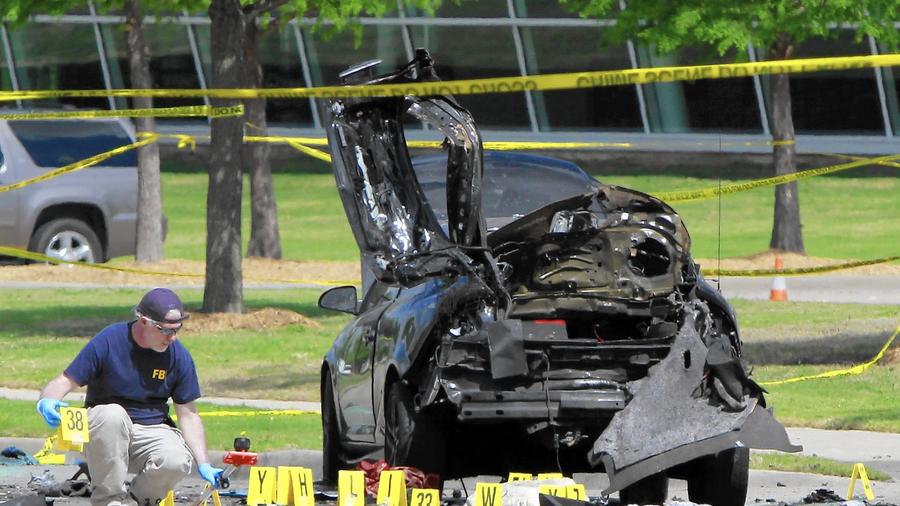 In May, Nadir Soofi and Elton Simpson opened fire outside a Garland, Texas, contest for cartoons depicting the prophet Muhammad. Both were killed by police. It is unclear whether Soofi used the gun he bought five years ago in the assault.

Five years before he was shot to death in the failed terrorist attack in Garland, Texas, Nadir Soofi walked into a suburban Phoenix gun shop to buy a 9-millimeter pistol.

At the time, Lone Wolf Trading Co. was known among gun smugglers for selling illegal firearms. And with Soofi’s history of misdemeanor drug and assault charges, there was a chance his purchase might raise red flags in the federal screening process.

Inside the store, he fudged some facts on the form required of would-be gun buyers.

Instead, federal agents lost track of the weapons and the operation became a fiasco, particularly after several of the missing guns were linked to shootings in Mexico and the 2010 killing of U.S. Border Patrol Agent Brian Terry in Arizona.

Soofi’s attempt to buy a gun caught the attention of authorities, who slapped a seven-day hold on the transaction, according to his Feb. 24, 2010, firearms transaction record, which was reviewed by the Los Angeles Times. Then, for reasons that remain unclear, the hold was lifted after 24 hours, and Soofi got the 9-millimeter.