To promote their regressive anti-enlightenment, post modern utopia, they have to lie, and any means to advance that goal is to be used, even if it means telling bald faced lies. The ends justifies the means.

NOTE: Like I said before, it was a Leftist political event, and not that difficult to get a lot of people organized in a capital teeming with these regressives.

Alex Pahkala, a bald faced liar and a jackass. 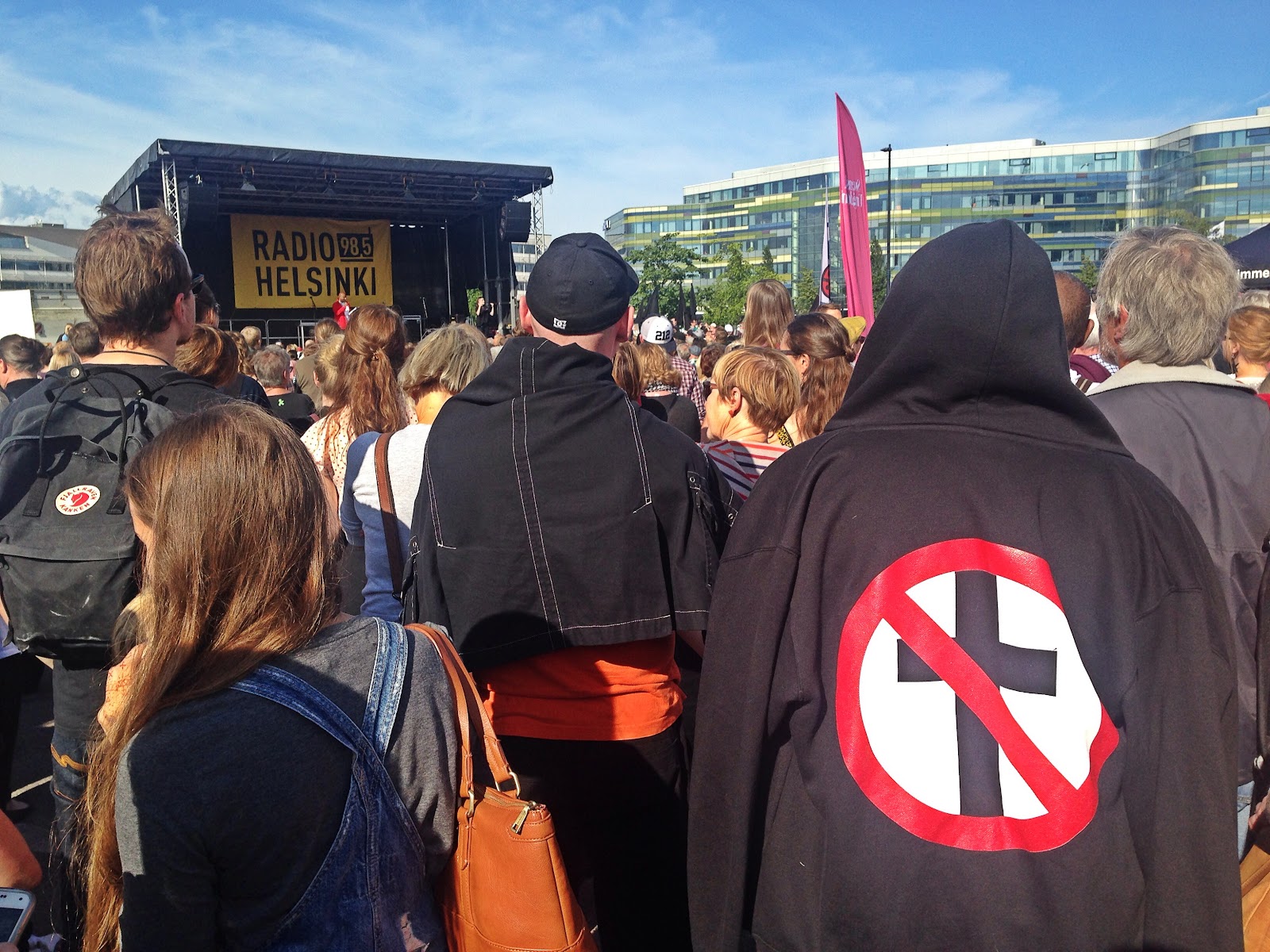 In the morning, I talked for 20 minutes with an organizer of the multicultural event,  Aleksi Pahkala, before the Good morning Finland broadcast. I gave my concerns on how the event can become one big human sacrifice as an excuse for the lies planted against political opponent’s FB post. Pahkala promised with a straight face that the event will only be against racism, and not to talk about (Olli) Immonen.

Well, the opening words in the event were about Immonen, talked even about the Norwegian massacres and the massacres were being talked about now in several speeches during the event while I was punching numbers on my phone. There was also talk about how Immonen incited violence. Over the loudspeaker there was shouting thaT: “Immonen is a crime!” So, the person himself is a crime?! My spine chilled. This is quite absurd bullying just because of one FB posting, which the bullies disagreed with. I found Alex and I went to him saying, how is it that he had not taken responsibility for the organizing and of the shocking allegations being heard from stage. The whole situation was pretty much being turned on its head. The confrontation was built upon hate. Of the speeches interspersed with Massacre- and racism he only said: “Hey, don’t stress about it” and fled the scene immediately. Radio Helsinki’s Pahkala has created a huge framework for a witch hunt.

The Finns Party magazine editor in chief was taking his turn to speak for The Finns, but nothing come of it when people were shouting out whatever, and did all they could to disrupt (Mattias)Turkkila. A man with an immigrant background came to the stage,  Ali Jahangiri, shouting (cursing in Finnish) to the angry public to honor the speaker and allow the dialogue. That didn’t work either. The situation was completely chaotic, and was far from a respectful and tolerant atmosphere. The presenter tried to interrupt Turkkila, but he insisted on remaining to the end of his speech. Score one for the man of courage. This Helsinki event that strove to drive down the debate on multiculturalism turned into a farce.

Multiculturalism is a destructive political ideology for society, and it is not allowed to say so. We do not need to change our society into the Swedish nightmare. Multiculturalism is not about race. Everyone needs to say no to racism, and every person should be respected. So said Turkkila also in his speech, although no one wanted to listen to him at all. The presenter sent him out with the words: “Now that we have taken care of this lets move on.”

The speech was taken care of, pushed out of the way, in which a Finn party member had clearly said no to racism.