I agree that Pollard should be released, he has more than paid the penalty for what he was convicted for, but this shouldn’t be a cause for changing heart on a disastrous nuke deal, the importance of the existence of Israel far outweighs any one single individual. Hopefully he’s released, and the firm demands for a rejection of the Iranian nuke deal remains. 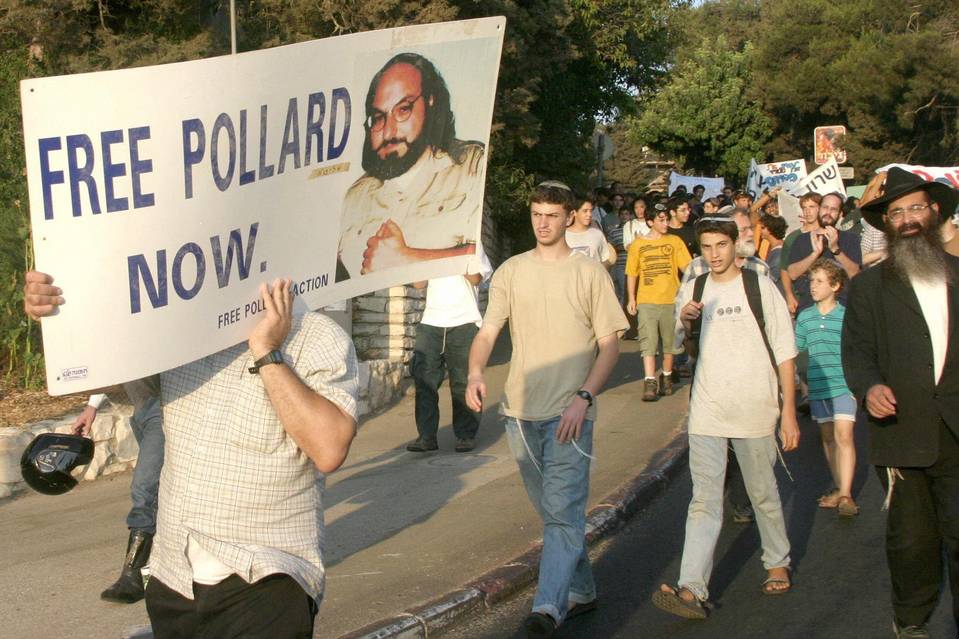 Israeli protesters march on behalf of Jonathan Pollard in honor of his 49th birthday in this photo from August 2003. PHOTO: GALI TIBBON/AGENCE FRANCE-PRESSE/GETTY
By DEVLIN BARRETT

The Obama administration is preparing to release convicted Israeli spy Jonathan Pollardfrom prison, according to U.S. officials, some of whom hope the move will smooth relations with Israel in the wake of the Iran nuclear deal.

Such a decision would end a decadeslong fight over Mr. Pollard, who was arrested on charges of spying for Israel in 1985 and later sentenced to life in prison. The case has long been a source of tension between the U.S. and Israel, which has argued that a life sentence for spying on behalf of a close U.S. partner is too harsh. Israel has for years sought Mr. Pollard’s early release, only to be rejected by the U.S.

Now, some U.S. officials are pushing for Mr. Pollard’s release in a matter of weeks. Others expect it could take months, possibly until his parole consideration date in November.

A parole hearing for Mr. Pollard was held in early July. Mr. Pollard’s lawyer, Eliot Lauer, said he hasn’t heard from the parole commission “and I would expect that either I or my client would be the ones who would be notified.’’ That hearing would have been the moment for the U.S. to object to Mr. Pollard’s pending release. Mr. Lauer wouldn’t say if the government raised objections.

Some U.S. officials strongly denied Friday there was any link between the Iran deal and Mr. Pollard’s prospective release, saying that any decision would be made by the U.S. Parole Commission.

A White House spokesman referred questions to the Justice Department, where a spokesman declined to comment on a matter which may be before the Parole Commission.