The way the tweet was constructed, it could be understood by all who read it that it was directly aimed at the Jewish community, and not specifically, at Israeli Ambassador to the UK, Daniel Taub. 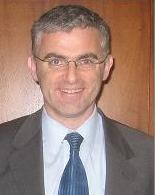 George Galloway is the pro-Hamas, pro-Hezbollah MP from Bradford West who routinely demonizes Israel, Israelis and the state’s Jewish supporters in the diaspora.  Though Galloway has blocked us, a pro-Israel activist who hasn’t been blocked forwarded a snapshot of the following retweet by Galloway from just a couple of days ago.

Now, let’s look at this closely.

The Tweet was sent by a pro-Palestinian activist named Baz Hussain on April 14th.  It was tweeted directly to George Galloway, and shows Hussain with a Palestinian flag outside of the Bradford Reform Synagogue.  Three Jews, including what appears to be a child, are outside the synagogue doors.

The photo, we’ve learned, is from last August and depicts Hussain taking part in a protest against Israeli Ambassador Daniel Taub, who was speaking at the synagogue. Taub was speaking to the Jewish community in Bradford in defiance of Galloway’s declaration that the community was an “Israeli-free zone”.

Hussain adds the following to the photo of himself outside the Bradford synagogue: “Let me at em George…”.

Galloway retweeted this to his 239,000 followers.

Whilst the protest attended by Hussain was putatively directed at the Israeli Ambassador, most people seeing Galloway’s retweet would of course not know that, and would likely assume that his words, “Let me at em George“, were directed at the Jewish community in Bradford.