So many massacres it’s hard to keep them straight. 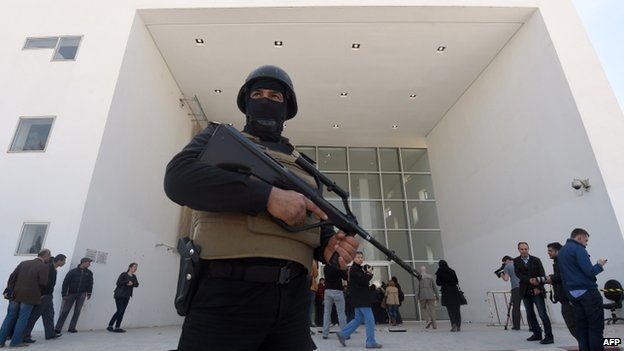 Nine people have been arrested in connection with a gun attack in Tunis that saw 23 people killed on Wednesday, including 20 foreign tourists.

Tunisia’s presidency said four of those arrested were directly linked to the attack and five had “ties to the cell”.

The army will also be deployed to major cities, the presidency added.

In another development, Islamic State said it was behind the attack on the Bardo museum, using an audio message to praise two “knights of the caliphate”.

The message, posted on Twitter accounts known to be reliable sources of IS propaganda, named the attackers as Abu-Zakariya al-Tunisi and Abu-Anas al-Tunisi.

A statement described the attack as a “blessed invasion of one of the dens of infidels and vice in Muslim Tunisia.