I’ve had enough of the economic Marxist moron of a pontiff.

How about more liberty and economic freedom? 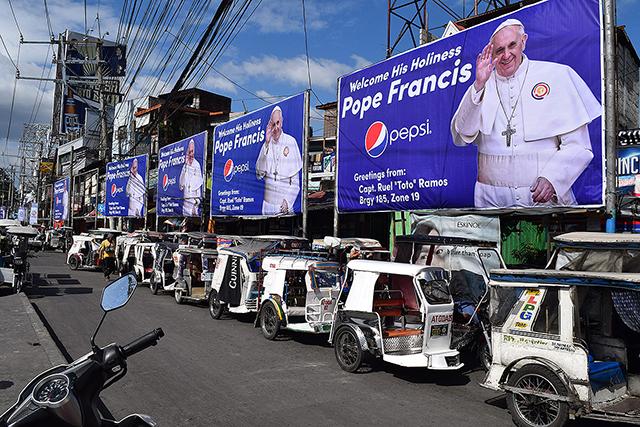 ‘When money becomes an idol, it commands the choices of man. And thus it ruins man and condemns him. It makes him a slave,’ he said.

The pope has it all back asswards as a Marxist is apt to do. More accurately, when statism (centralized government control) becomes the idol, the choices end up being few and are dictated to man, and thus ruins and condemns him. It makes him a slave.

NOTE: He should be championing free market capitalism, that wherever applied, create wealth for billions of people, lifting tens of billions out desperate poverty, which is far more than the Catholic Church has ever been able to, or will ever achieve. Pope Francis has launched a fresh attack on economic injustice, condemning the ‘throwaway culture’ of globalisation and calling for new ways of thinking about poverty, welfare, employment and society.

In a speech to the association of Italian cooperative movements, he pointed to the ‘dizzying rise in unemployment’ and the problems that existing welfare systems had in meeting healthcare needs.

For those living ‘at the existential margins’ the current social and political system ‘seems fatally destined to suffocate hope and increase risks and threats,’ he said.

The Argentinian-born pope, who has often criticised orthodox market economics for fostering unfairness and inequality, said people were forced to work long hours, sometimes in the black economy, for a few hundred euros a month because they were seen as easily replaceable.

”You don’t like it? Go home then. What can you do in a world that works like this? Because there’s a queue of people looking for work. If you don’t like it, someone else will,’ he said in an unscripted change from the text of his speech.

‘It’s hunger, hunger that makes us accept what they give us,’ he said.

His remarks have special resonance in Italy, where unemployment, particularly among young people, is running at record levels after years of economic recession.