They’re silent because their pet cause just got gored, and badly.

Heh. It’s never ”good PR” from the perspective of a terrorist organization masquerading as a national movement, to have their curtain of supposed respectability removed with so much fanfare, revealing their real true nature. Bloodthirsty terrorism.

NOTE: Equally so for the maroons who shill for them, namely these boneheaded and morally defunct NGO’s.

The international and Israeli human rights network has been virtually absent, since the verdict was announced on Monday afternoon. 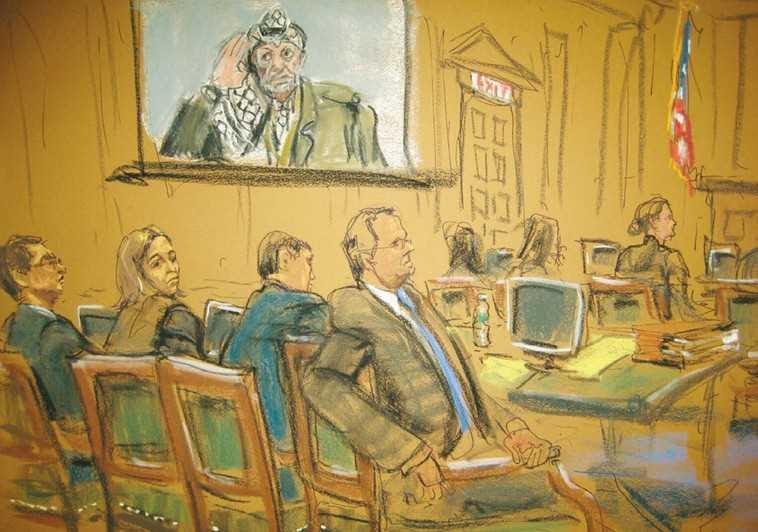 A federal court in New York this week issued a landmark decision in the case of Sokolow v. PLO, ruling in favor of the victims of war crimes and crimes against humanity.

The jury found the PLO guilty of aiding and abetting seven terrorist atrocities that took place in Israel between 2002 and 2004. The attacks killed and wounded nearly 500 individuals, including many Americans.

This decision marks an important milestone in holding Palestinian terrorists and officials accountable for their campaign of atrocities against civilians. It also has unmasked a political and ideological agenda advanced by non-governmental organizations (NGOs) active in the Arab-Israeli conflict, belying their claims of promoting universal human rights and ending impunity. The case was aimed at providing redress and compensation for victims of human rights violations.

One would expect human rights and international justice NGOs and activists, who have campaigned on these issues for decades, to support the trial and rejoice at the jury’s decision.

Instead, the international and Israeli human rights network has been virtually absent. Since the verdict was announced on Monday afternoon, the leaders of this movement, including HRW’s Ken Roth, Reed Brody and Sarah Leah Whitson; Amnesty International; the Center for Constitutional Rights (CCR); and many Israeli NGOs like B’Tselem (current and former directors Hagai Elad and Jessica Montell), Gisha and Breaking the Silence have said next to nothing.

In fact, when news of the verdict broke, and although many of them were active on social media such as Twitter at the time, they ignored it completely.

Instead, Whitson tweeted the decision of the Israeli Supreme Court in the Corrie case, and several hours earlier retweeted a fake story alleging that Israel had purposely flooded Gaza by opening (nonexistent) dams. Montell was busy promoting her talk at Duke University, “Politics Aside: Promoting Human Rights and Accountability in Israel-Palestine,” yet said nothing about the verdict. New York-based CCR’s founder Michael Ratner complained about the existence of the 1991 US Antiterrorism Act, which facilitated the victim’s lawsuit against the Palestinians.

From their silence, one could reasonably conclude that NGOs and their officials were stunned and upset by the verdict. This is understandable, because for over 14 years, since the infamous 2001 NGO Forum of the UN Durban Conference, NGOs have led a strategy to falsely accuse Israel of war crimes, genocide and other violations, as part of a campaign to impose sanctions and isolate the country. NGOs have spent millions of dollars (much of it taxpayer funds from the EU and European governments) issuing countless press releases, glossy publications, interactive media, and lobbying efforts, advancing a narrative of exclusive Palestinian victimhood and all but erasing the context of Palestinian terrorism.