Given time with a steady increase in the number of Muslims to the former Finnish capital, they will.

Only four years ago a cable company in Turku was providing its customers with the Iranian Press TV’s English news service, only to be taken off the air after it became such an embarrassment. If you read further down into the article, the spokesman for the Turku congregation makes an amazing statement, that there’s no police guarding the premises during services, especially in light of this past week’s terror attacks.

I’m shocked, regardless of whether he feels that there’s no worry about anti-Jew hatred coming from the Muslim community. Calling the police to the scene is an act after the fact. These people should be seeking any and all protection from the police, the Israeli embassy in the way of security measures, as well as arming themselves. What’s he waiting for, something to happen in order for him to increase security measures?

NOTE: Maybe Tomer should join us in the next pro-Israel march in Helsinki to witness seig heils, shouts of allahu akbar and people spitting at us. There’s a Muslim element to watch out for, it’s just that, maybe, there’s not enough of them (yet) in Turku.

Turku Jews: We’re not experiencing anti-Semitism from Muslims, but from the extreme left-wing 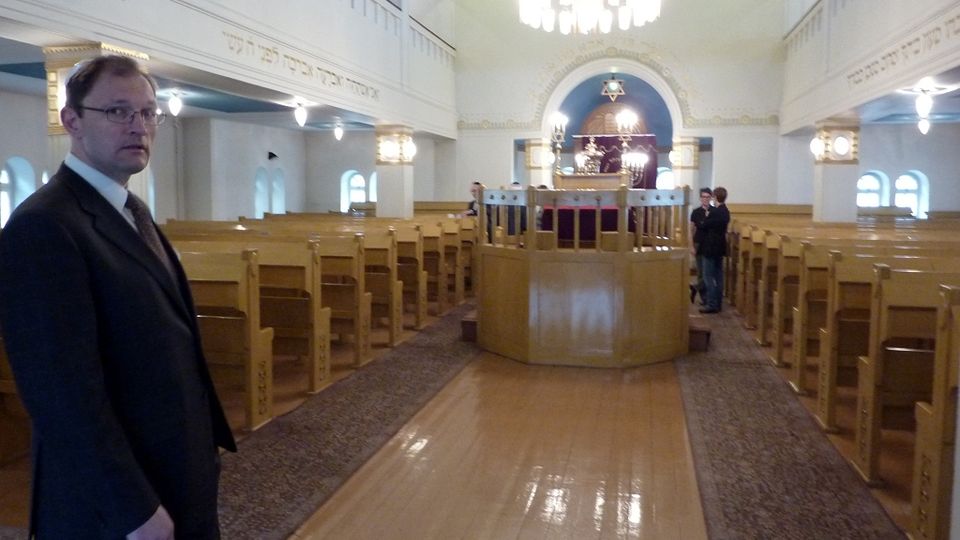 Anti-Semitism directed against the Turku Jewish congregation has been for the moment, fully endemic. Circumstances often involve the extreme left.

– You could say that the Islamic anti-semitism is not subject to us at all, says President of the Jewish Community of Turku, Tomer Huhtamaki.

The phenomenon has been mainly in vandalism and hostile messages. In the 1990s, the case was of extreme right-wing skinhead movement, more recently, it’s another political fringe.

– One quarter of the extreme right-wing and the rest left-wing extremists, Huhtamaki analyzed.

Hostility still appears to be related to the conflict in the Middle East and the Israeli-US alliance relationship.

Finnish Jewish congregations are constantly on their toes too serious attacks. In light of French and Danish events they are preparing for just a little extra.

– Very good, that the Ministry of the Interior promises to grant additional funding for security measures, Huhtamaki says.

According to him, the congregation in Turku is to keep in close contact with the police.

At least there’s no police escort in front of the synagogue on Sunday, but they’ll show up if any help is needed.

– We have for our own events our own security guards. They have generally been members of the congregation and a few times some professional guards, Huhtamaki says.

Embassy of Israel also keeps in contact with congregations, but security consultant help from Huhtamaki has not been sought.