They murdered over 6 million Jews during Hitler’s mad rampage across the continent during WWII, then in a mindless act of post-Enlightenment driven suicide, invite tens of million of Jew hating Muslims to fill the void, then stare in wonder why the Jews that still remain are heading for safer shores. 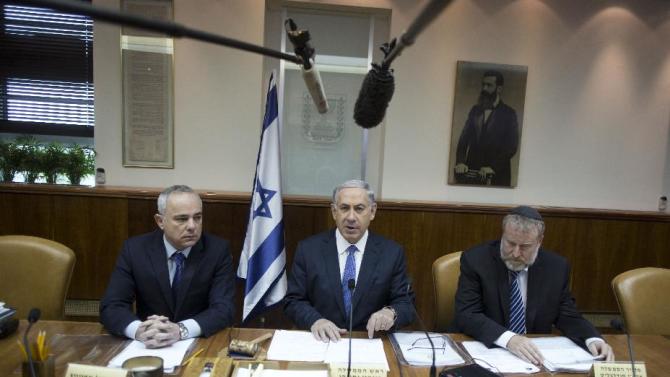 Jerusalem (AFP) – Israeli Prime Minister Benjamin Netanyahu on Sunday urged European Jews to move to Israel after a Jewish man was killed in an attack outside Copenhagen’s main synagogue.

“Israel is your home. We are preparing and calling for the absorption of mass immigration from Europe,” Netanyahu said in a statement, repeating a similar call made after attacks by Islamic extremists in Paris last month that killed 17 people, including four Jews.

Two police officers were also wounded in Sunday’s attack, one of two fatal shootings in the normally peaceful Danish capital on the weekend.

In the first attack on Saturday a 55-year-old man was killed at a panel discussion about Islam and free speech attended by a Swedish cartoonist behind controversial caricatures of the Prophet Mohammed.

“Extremist Islamic terrorism has struck Europe again… Jews have been murdered again on European soil only because they were Jews,” Netanyahu said in the statement.

The Israeli prime minister said his government was to adopt a $45 million (39.5 million euro) plan “to encourage the absorption of immigrants from France, Belgium and Ukraine”.

“To the Jews of Europe and to the Jews of the world I say that Israel is waiting for you with open arms,” Netanyahu said.