They exist, in spite of the multiculturalists telling you otherwise. 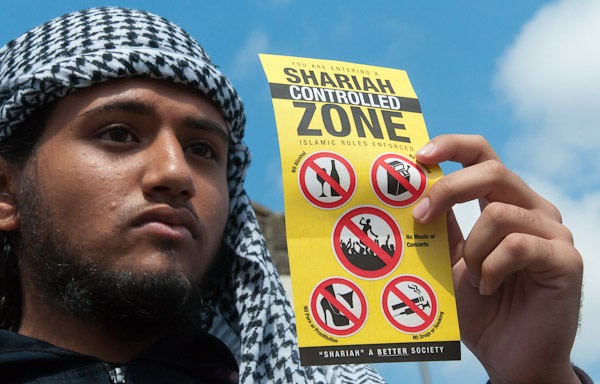 The problem of no-go zones is well documented, but multiculturalists and their politically correct supporters vehemently deny that they exist. Some are now engaged in a concerted campaign to discredit and even silence those who draw attention to the issue — often by deliberately mischaracterizing the term “no-go zone.”

“There’s things that I see when I’m driving around Birmingham that shouldn’t be happening. I only drive into these areas, never actually walk into these areas, I just wouldn’t. Just in case I did do something that…because of their culture or their religion it was a threat or it was an insult or something.” — Resident of Birmingham.

“There are some communities born under other skies who will not involve the police at all… there are communities from other cultures who would prefer to police themselves.” — Sir Tom Winsor, chief inspector of the police forces in England and Wales.

“We are sleepwalking our way to segregation. We are becoming strangers to each other and leaving communities to be marooned outside the mainstream.” — Trevor Phillips, former chairman of the Commission for Racial Equality.

“One of the results of [multiculturalism] has been to further alienate the young from the nation in which they were growing up and also to turn already separate communities into ‘no-go’ areas where adherence to this ideology [of Islamic extremism] has become a mark of acceptability.” — Michael Nazir-Ali, former Bishop of Rochester.

An erroneous claim on American television that Birmingham, England, is “totally Muslim” and off-limits to non-Muslims has ignited a politically charged debate about the existence of no-go zones in Britain and other European countries.

No-go zones can be defined as Muslim-dominated neighborhoods that are de facto off limits to non-Muslims due to a number of factors, including the lawlessness, insecurity or religious intimidation that often pervades these areas.

In some no-go zones, host-country authorities are unable or unwilling to provide even basic public aid, such as police, fire fighting and ambulance services, out of fear of being attacked by Muslim gangs that sometimes claim control over such areas.

Europe’s no-go zones are the by-product of decades of multicultural policies that have encouraged Muslim immigrants to remain segregated from — rather than become integrated into — their European host nations.