However, French duplicity as far as Israel is concerned, is always manifest. Indeed, French leaders at the highest level of government, and in particular Valls, have done their best to say the right words to the Jewish community. At lower levels of French government, however, different attitudes are expressed. In the city of Aubervilliers, Palestinian terrorist Marwan Barghouti has been awarded honorary citizenship.9 In Valenton, both a street and square have been named after him.10 By glorifying Barghouti, the municipalities of these towns are indirect supporters of Palestinian terrorism.

The Aftermath of the Paris Killings — French Jews and Israel

The impact of the Paris killings on French society will lead to various political and social developments. Most of these will only gradually become apparent. Many will be of importance to French Jews and/or Israel. One of these developments concerns a recent declaration in parliament, by French Prime Minister Manuel Valls, that France is at war with terrorism. He added, “France is at war with jihadism and radical Islamism. France is not at war with Islam and Muslims.” In his speech, Valls also addressed the French Muslim community and assured it of the government’s protection.1

Yet such a clean separation between radical Islamism and Islam is far more difficult to make than Valls’ words might convey. In several French schools, Muslim pupils, who are not jihadists themselves, consider that the murder of the cartoonists should not be condemned, and some think that such murders should even be lauded.2 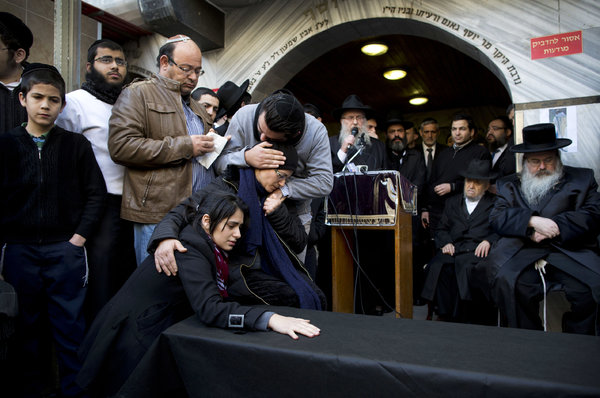 In the meantime, the faction of Al Qaida based in the Arab peninsula has threatened France with more attacks.3 The situation could further deteriorate if France succeeds in mobilizing allies for a military campaign in Libya, which has become an important hub for jihadists.4

The French government has announced that it will take various measures to get a better grip on domestic terrorism. A number of terrorism apologists have already been given jail sentences, and others are being brought to court.5 Outside of France, however, jihadists keep calling on French Muslims to carry out attacks against the country.

What has not been particularly stressed is that the battle against Muslim terrorism will require an increase in phone and internet surveillance. In a country which lists freedom as one of its highest priorities, the French government will not emphasize this issue. The fact is that such bugging is often abused. Charlie Hebdo embodies one aspect of French freedom – the right to provoke and insult. Upholding one right, and at the same time, limiting another one — that of one’s right to privacy – is one of the realities of our time. The Americans have taken the lead with their well-established surveillance of communications in many places, including those of their allies’ leaders.6

The Spanish-born Valls, who has a Jewish wife, has raised yet another issue. On a separate occasion, he said that France without the Jews would mean that the Republic has failed.7 He hasn’t clarified what he means by that comment. One might consider this to be Valls’ way of reacting to the many discussions on the emigration of French Jews to Israel, partly fueled by Israeli PM Benjamin Netanyahu. Valls also stated, “When the Jews of France are attacked, France is attacked, the conscience of humanity is attacked. Let us never forget it.”8

However, French duplicity as far as Israel is concerned, is always manifest. Indeed, French leaders at the highest level of government, and in particular Valls, have done their best to say the right words to the Jewish community. At lower levels of French government, however, different attitudes are expressed. In the city of Aubervilliers, Palestinian terrorist Marwan Barghouti has been awarded honorary citizenship.9 In Valenton, both a street and square have been named after him.10 By glorifying Barghouti, the municipalities of these towns are indirect supporters of Palestinian terrorism. Information was leaked about another type of duplicity: Hollande preferred that Netanyahu not participate in the huge Paris solidarity march.11 This even though the purpose of the march was in part to denounce the killings of Jews for whom they were. And when Netanyahu voiced his intentions to do so, Hollande then invited Mahmoud Abbas, the glorifier of many Palestinian terrorist killers of Israeli civilians, to march along as well.12

An incoherent debate has developed around the recent murders concerning the emigration of Jews from France. To assume that within a few years, the majority of the half-a-million Jews will leave France for Israel is completely unrealistic. There are many reasons for which such a mass exodus will not happen. One reason is that many French Jews see themselves exclusively as French citizens, with little affinity toward Israel or even toward the Jewish people. If the situation for Jews in France were to become unsustainable, they would probably consider immigrating to countries other than Israel. There are already substantial numbers of French Jewish immigrants in London, Montreal, Miami and New York.13

Even for those Jews who would like to leave, there are many constraints. Many French Jews only speak French and do not necessarily learn new languages too easily. If one is a middle-aged, mid-level French government official, what employment could one possibly gain in Israel? Beyond such considerations, there are also family constraints. However significant the aliyah would be, France is not the Soviet Union. There is a level of comfort in France which French Jews would miss. Those French Jews who do immigrate to Israel will probably be from the more active parts of the Jewish community and that will further weaken that community disproportionately.14

Israelis may ask themselves whether the French will now realize that both France and Israel’s battles against Muslim terrorism are, broadly speaking, one and the same. This is what Netanyahu keeps repeating, but without substantial and organized support from a — currently non-existing — Israeli anti-propaganda structure, the idea will not gain much momentum.15 This is the case, even if a few more individual Frenchmen may now agree to the similarity in the battle against terrorism.

The lack of such recognition, however, is not only a matter of ignorance. There is major political resistance in French and European politics to concede this truth. Admitting such a semblance would mean that their carefully constructed political house of cards, with its many lies and fallacies, would collapse. Agreeing that Israel’s battle against Palestinian terrorism and the West’s fight against Muslim terrorism are one and the same would mean that European politicians would have to admit that the Palestinian-Israeli conflict is far from being the central issue in the world, that Israeli settlement building should not be the singular action within the Middle East which should most regularly be condemned, and that Palestinian violence is not only economically determined but has a huge religious/ideological component.

It would also mean admitting that the Palestinians are not victims of Israel, but rather that the Palestinians are one among many Arab societies who are, in part, permeated with crime and who hold little respect for human life. This would furthermore include mention of the fact that the largest Palestinian party, Hamas, has an Islamo-Nazi character. It would also mean the need for Europe to abandon the practice of judging Israel by double standards. Many other elements of the European false construct about the Palestinian-Israeli conflict could be added to this list.

7 Jeffrey Goldberg, “French Prime Minister: If Jews Flee, the Republic Will Be a Failure, The Atlantic, 10 January 2015.