This was a mob-style hit to protect the president.

Argentine President Cristina Fernandez has close ties with other Latin American leaders who are friends of Iran, but Nisman’s claim last week that she was directly involved in the cover-up was a bombshell. 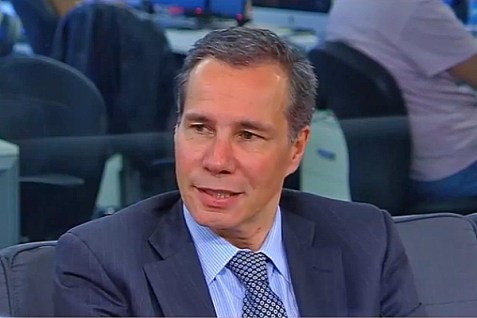 Argentine state prosecutor Alberto Nisman was shot dead just hours before he was going to testify to the Argentinian Congress on Monday, Jan. 19, that his country’s president was directly involved in cover-ups to obscure Iran’s involvement in the Buenos Aires bombing of the Israeli Embassy and Jewish Community Center.

Nisman was the special prosecutor on the case. In 2006 he formally accused the government of Iran of directing the bombing and the Hezbollah terrorist organization of carrying it out.

In May, 2013, Nisman released a report accusing Iran of establishing terrorist networks in Latin America dating back decades. That report provided evidence, he claimed, of an “intelligence and terrorist network” in Argentina, Brazil, Paraguay, Uruguay, Chile, Colombia, Guyana, Trinidad, Tobago and Suriname.

Nisman further claimed that the evidence in his report proved “beyond a reasonable doubt” that former Iranian cultural attaché in Argentina, Mohsen Rabbani, was responsible for the 1994 AMIA bombing, and that he was the “coordinator of the Iranian infiltration of South America.”