More and more people are being turned off by the flatulence, passing as discourse, from idiots such as Piers Morgan. 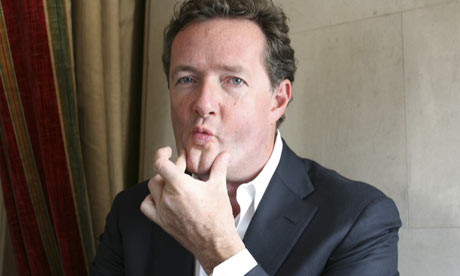 Anyone can pick up a copy of the Koran and read one horror story after another where Mohamed himself slaughters people, encourages rape, slavery, murder and mayhem. Now it’s all codified into Islamic law. The fact that jihadists are killing more Muslims than the infidel, is exactly in accordance with Islamic thinking. Killing those who have ”subverted the faith” (not following Islam 101) are to be settled with whenever, wherever possible. The non-believers will be settled with in due course when ever the timing allows.

“I will cast terror into the hearts of those who disbelieve. Therefore strike off their heads and strike off every fingertip of them.”  “Allah” (Koran 8:12)

If I can accept that the Paris murderers aren’t real Muslims why won’t the MUSLIM world say so too?

By PIERS MORGAN FOR MAILONLINE

Let’s not pussy-foot around the terminology here when it comes to analyzing the sickening events in Paris over the last 48 hours. But it’s not a religious war, as the cowardly, murderous thugs carrying out these atrocities would have us believe. These terrorists are not ‘real’ Muslims. In fact, they slaughter Muslims as much if not more than they slaughter everyone else. One of their two police officer victims in the attack on Charlie Hebdo’s offices was a Muslim. Read more:

France at ‘war’ with terrorism, not religion: prime minister