FILE PHOTO A cordon tape is set up at the site of a suicide bombing outside the police academy in Sanaa July 11, 2012.(Reuters / Mohamed al-Sayaghi)

About 30 people were killed and more than 50 injured in an explosion outside a police college in Yemen’s capital Sanaa, police say.

It was a car bomb that exploded near the college, presumably targeting a group of students standing by the building.

The blast was heard across the city and it resulted in a fire, witnesses told Reuters.

Photographs of what appears to be the aftermath of the blast, have been posted on social media. They show the wreckage of the vehicle and bloodied bodies lying on the pavement.

Witnesses said they could see ambulances taking the wounded away from the scene of the blast. Two officers shot dead at church while another is killed trying to defuse a bomb outside petrol station in Cairo. 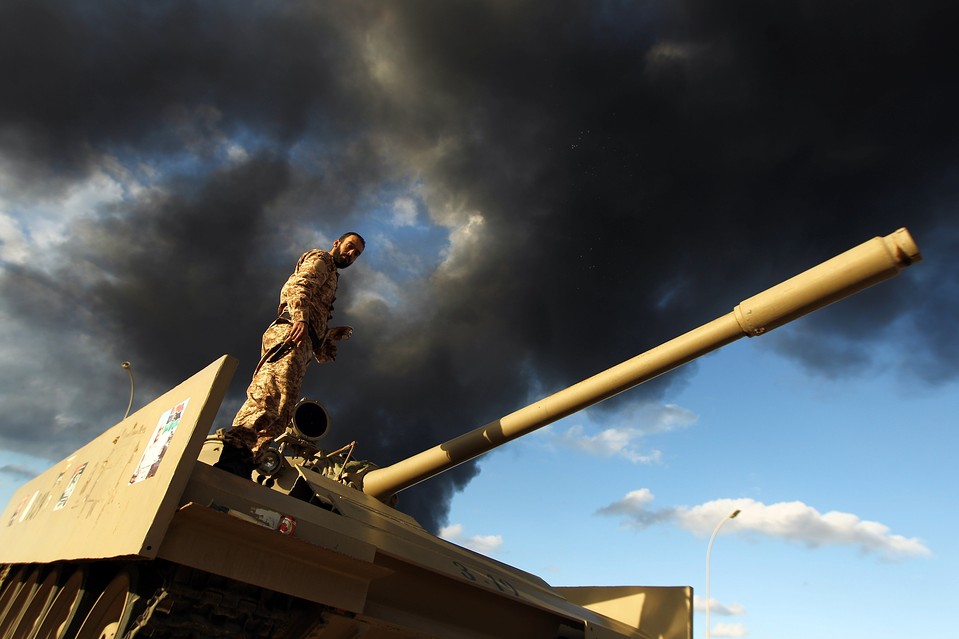 A member of the Libyan army stands on a tank on Dec. 23, 2014. The Libyan army has been battling Islamists who have taken control of much of Tripoli and the country’s second city of Benghazi. PHOTO: AGENCE FRANCE-PRESSE/GETTY IMAGES

Two crewmen on board a Greek-managed tanker were killed after a Libyan Air Force plane bombed the vessel in a Libyan port in an apparent case of mistaken identity, Greek and Libyan officials said Monday.

The vessel, the Liberian-flagged Araevo, was “bombed immediately as it approached” Derna in the east of the country, an aide to the chief of staff of the Libyan Air Force said.

The airstrike on Sunday killed a 29-year-old Greek cadet engineer and a 23-year-old Romanian seaman. Two other seamen, both Philippine nationals, were also injured. One was taken to hospital for emergency surgery. He is in a critical but stable condition.

The vessel was under long-term charter by the National Oil Co. of Libya to carry fuel from various points along the Libyan coast to feed local power plants. It had been operating exclusively in Libyan waters for the past eight years.

A military spokesman for Libya’s internationally recognized government told the Associated Press a fighter jet bombed the ship because it had no prior clearance to enter an eastern port and acted “suspiciously.” 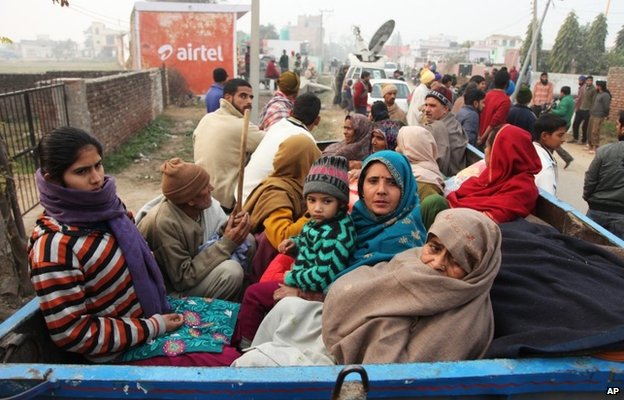 Thousands of villagers have fled their homes in Indian-administered Kashmir as Indian and Pakistani troops continue to exchange fire in the region.

At least 10 Indian and Pakistani soldiers and civilians have been killed in the violence over the past week.

Both sides have accused each other of starting the hostilities.

A ceasefire agreed in 2003 remains in place, but the neighbours often accuse each other of violating it.

The latest round of hostilities come days before US Secretary of State John Kerry is due to visit India. President Barack Obama is also due to visit India as the chief guest at the country’s Republic Day celebrations on 26 January. PESHAWAR, Pakistan — The head of the group behind last month’s horrific Pakistani school massacre that left 153 dead said the militants would strike again if the government continued to target its members and their families. “You will forget the Peshawar school attack when you face more deadly attacks,” Maulana Fazlullah, the head of Pakistan’s Taliban-Tehrik-e-Taliban Pakistan (TTP), said in a 12-minute online video statement that came to light Tuesday.

He said that militant attacks would continue if what he termed “detention and house arrest of their women and (the) torture-to-death of their jailed fighters” did not stop. Instead of saying the group regretted the slaughter of scores of innocent schoolchildren in Peshawar’s Army Public School on Dec. 16, Fazlullah threatened to target more children of military officials.