At any cost, at any price.

The United States used to be that way, until not long ago. And then it lost touch with itself. It became diseased with empire and the disease of empire has nothing to do with pith helmets or planting flags. It’s what happens when the structure of the system becomes more important than the people. When that happens the old principles that are based on the people are set aside and replaced with principles that are based on the system. That is how globalism came to trump American workers. It’s how accommodating Islam came to matter more than anything else.

[…] To empires, people are interchangeable. If the natives have a low birth rate and a long lifespan, then workers with high birth rates and lower lifespans are brought in to replace them. If the natives are reluctant to pay higher taxes, immigrants from countries that are fine with voting for high taxation are imported. That is how empires, not nations, do business.

The Two Empires We Must Defeat

There is a thread that connects many of our conflicts, whether it’s the one against terrorism or the one between the Republican establishment and its conservative insurgency. To win a war, we have to understand the nature of the conflict and how we got there. And that’s often the missing piece. 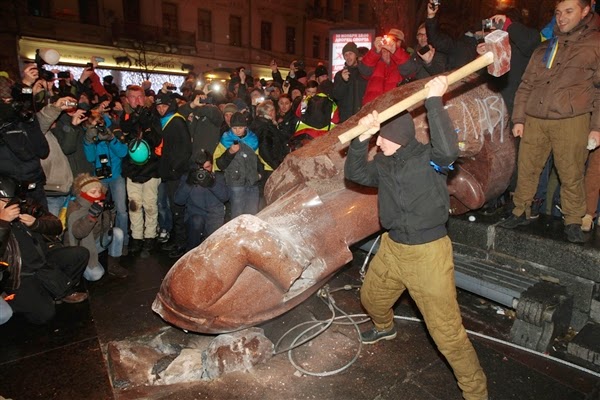 The left blames imperialism for our conflict with terrorists. And it’s right. Just not in the way that it thinks.

Empires may be expansionist, but they’re also tolerant and multicultural. They have to be, since out of their initial phase they have to enlist the cooperation and services of subjects from a variety of cultures and religions. An empire may initially be fueled by the talents and skills of a core nation, but as it reaches its next phase, it begins sacrificing their interests to the larger structure of empire.

The argument between the establishments of the right and the left is over two different kinds of empires. The Republican establishment in America and its various center-right counterparts abroad have attached themselves to the liberal vision of a transnational empire of international law so much that they have forgotten that this vision came from the left, rather than from the right.

This Empire of International Law proved to have some uses for global trade and security, particularly during the Cold War. These practical arrangements however are overshadowed by the fact that it, like every empire, sacrifices the interests of its peoples to its own structure. This is true of the structure at every level, from the EU to the Federal structure of the United States. The system has displaced the people. And the system runs on principles that require cheap labor leading to policies like amnesty.

The Empire of International Law needs Muslim immigrants even if its people don’t, because it envisions integrating them and their countries into this arrangement and rejects national interests as narrow-minded and nativist.

This formerly liberal vision now embraced largely by centrists is the left’s vision, which includes today’s liberals, is of a completely transnational ideological empire in which there are no borders, but there are countless activists, in which everything and everyone are controlled by the state.

Like the more conventional imperial vision, the left’s red Empire of Ideology depends on enlisting Muslims and Muslim countries into its ranks. This is the basis of the Red-Green alliance.

These two types of imperialists are incapable of representing native workers or communities because they are transnationalists. Their vision is cosmopolitan, rather than representative. They are entranced with a byzantine international arrangement and uninterested in the lives of the people they are ruining.

This Imperial blindness is why the West is falling so swiftly to Islam. It’s why the pockets of resistance are coming from nations outside the imperial sphere.

Countries like Israel, India or Burma are dependent on specific groups and are not truly part of either empire. They are not transnational. They are national. And it’s why they are still holding out.

The empires have made their inroads into them. Israel has its tycoon class that would love nothing more than to join the transnational empire. It has its radical left that would destroy Israel for the world revolution. But it also has millions of people that understand that their lives are on the line.