Anyone caught boycotting the Jewish state for any of the boilerplate reasons usually stated, is either a full-time or part-time anti-Semite. Anyone disagreeing with me can tackle it in the comments to this post.

Harvard Will Investigate, But Will it Reverse SodaStream Boycott?

Harvard will ‘investigate’ its boycott of Israeli company SodaStream because that decision may violate school policy. But will Harvard remove the Boycott?
By: Lori Lowenthal Marcus
The Jewish Press
Published: December 18th, 2014 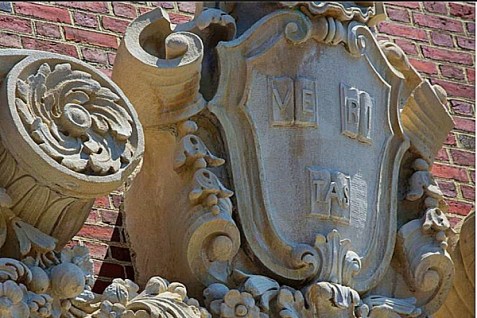 The Harvard seal, “veritas,” on the side of a Harvard building.
Photo Credit: Facebook

The provost of Harvard University, with the backing of the university’s president, announced there will be an investigation of the decision made by Harvard University Dining Services (HUDS) to boycott an Israeli company.

While this latest decision is welcome, the language of the university’s statement left room for the university to “investigate” and to redistribute a policy that should have prevented the boycott decision, but to do nothing more.

SodaStream’s main factory is located less than five miles from Jerusalem. It employs approximately 900 Arabs, but opponents of Israel prefer to force actions that will deprive those 900 Arabs of the best chance they have of making a decent salary in order to “punish” the Jewish State. SodaStream has already announced it is moving the factory away from the Arabs. Despite that capitulation, the Harvard students continue to support a boycott of SodaStream by the university.