You can only push people so far. 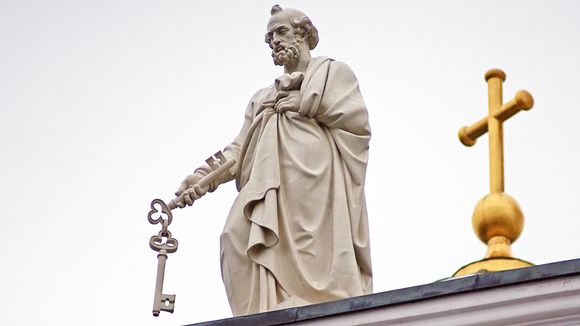 The Finnish Evangelical Lutheran continued to hemorrhage members over the weekend after Lutheran Archbishop Kari Mäkinen’s open support for gay marriage, pushing the total number of resignations this year to over 50,000 so far. According to tabloid daily Iltalehti, the toll for the weekend alone reached nearly 12,000. Parliament voted to legalise same-sex marriage Friday afternoon.

The resignations were facilitated by the grass roots website “Leave the church” (Eroa kirkosta), run by head of the agnostics association Petri Karisma. Karisma said that while most of those who chose to leave the church appeared to be conservatives angered by Mäkinen’s support for gender-neutral marriage, the church has been dealt a double-whammy as liberals also took the opportunity to separate themselves from the flock.

“In spite of Archbishop Kari Mäkinen’s positive comments the church’s official position on same-sex marriage is negative. This has now led to a situation where liberals are also leaving,” Karisma told Iltalehti.

IL reports that on Sunday other church leaders swung into damage control mode, calling for the congregation to pull together. Mikkeli Bishop Seppo Häkkinen and Porvoo Bishop Björn Vikström issued a joint letter to the faithful, pointing out that they too disagreed on the question of gay marriage.

“However we are completely agreed that no one should resign from the church over this matter,” they wrote in their appeal to members.