How can we be totally assured that they haven’t done this type of thing before? 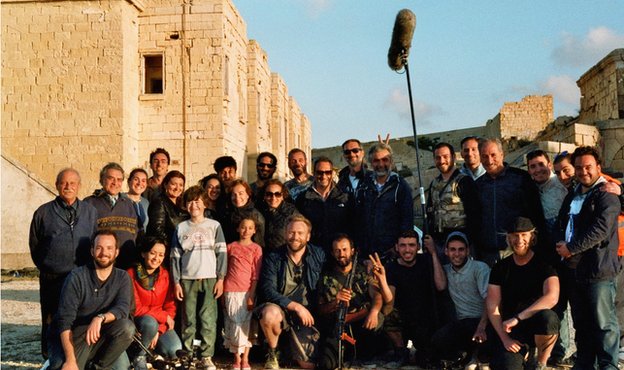 This is exactly how the Palestinians use the camera to paint Israel as the chief villain time and time again. This is how Pallywood is done, that it’s a Norwegian film crew makes it all the more ironic, for it’s Norwegians who are one of the biggest swallower’s of this evil genre. They certainly never intended it, but this will go a long way in debunking past and future attempts by the fake Pallywood media in besmirching Israel. 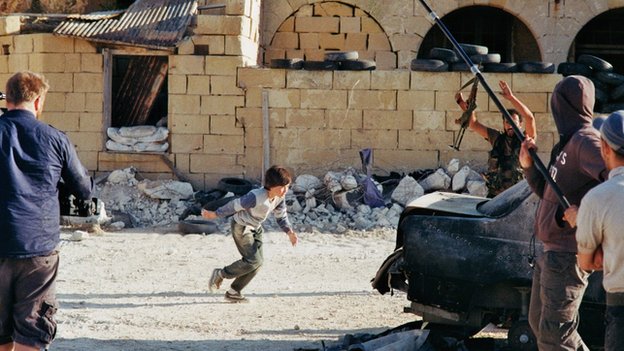 Millions of YouTube viewers have been captivated by the ‘Syrian hero boy‘ who manages to rescue a little girl while under gunfire. Now a group of Norwegian filmmakers have told BBC Trending they are behind it. They say it was filmed on location in Malta this summer with the intention of being presented as real.

Lars Klevberg, a 34-year-old film director based in Oslo, wrote a script after watching news coverage of the conflict in Syria. He says he deliberately presented the film as reality in order to generate a discussion about children in conflict zones.

“If I could make a film and pretend it was real, people would share it and react with hope,” he said. “We shot it in Malta in May this year on a set that was used for other famous movies like Troy and Gladiator,” Klevberg said. “The little boy and girl are professional actors from Malta. The voices in the background are Syrian refugees living in Malta.”

Were they comfortable making a film that potentially deceived millions of people? “I was not uncomfortable,” Klevberg said. “By publishing a clip that could appear to be authentic we hoped to take advantage of a tool that’s often used in war; make a video that claims to be real. We wanted to see if the film would get attention and spur debate, first and foremost about children and war. We also wanted to see how the media would respond to such a video.”

NOTE: The next time Palestinians come up with a video, supposedly being wounded or killed by Israeli IDF soldiers or border guards, just think back on this video.