Thankfully Lori is now blogging on a regular basis.

This can be seen on a daily basis in Leftist sanctimony, as they ”try to understand” the murderous actions of genocidal Arabs, while berating the victims of these aggressions, for being somehow responsible for their murderous impulses.

The Jewish Moral Superiority Complex is Eroding Our Rights 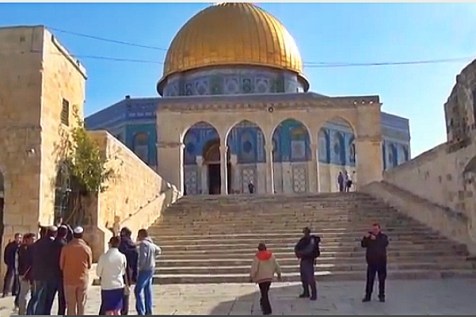 A dear friend who made Aliyah years ago laughed at the lack of extra security at the Begin Center – I had not been attending a meeting for “throwing Muslims out of the Temple Mount.” WHAT?
By: Lori Lowenthal Marcus
Published: November 14th, 2014

Yehuda Glick believes the Temple Mount should be open to all worshippers. Why is that a “right wing” or “extremist” view?

Living in Israel this year is very centering, as in helping me feel centered, ground, rooted – look at the words that apply! – in my connection to Israel.

It also makes me even more frustrated with Jews everywhere for continuing to sacrifice Jewish rights and refuse their obligations on the alter of appearing to be the “better” person, the more “reasonable” partner, the one willing to give up and away rather than even quietly insist on having that to which we are entitled.

An example of my increased connection: Israel’s Prime Minister, Binyamin Netanyahu, spoke to the nation on the evening of Nov. 10, the day of multiple terror attacks which included two stabbing deaths, one in Tel Aviv and one down the road from where I live. I listened to his address, seeking comfort and protection, not for news, but because I am living here.

And on the other hand, the very sad and shriveling other hand, it is also disconcerting living here.