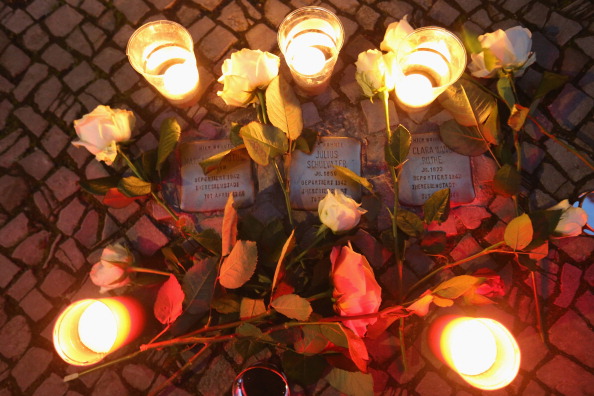 Kristallnacht, or the night of broken glass, commemorates the Jews persecuted in Germany between the nights of 9th and 10th November 1938.Getty Images

Anti-racism activists in Norway have refused to participate in a Holocaust commemoration after members of the Jewish community were put on the guest list, a Norwegian blog has claimed.

According to Norway, Israel and the Jews, Norwegian activist organisation New SOS Racisme — which claims to reduce racism in society — asked for the “Zionist Jews of Bergen” to be banned from attending the Kristallnacht, or the night of broken glass, an event aimed at remembering the escalation of the persecution of Jews in Germany, between the nights of 9th and 10th November 1938.

They “refused to participate in the Kristallnacht commemoration since a representative from theMosaic Congregation [a conservative Jewish Congregation ] was invited. Yes, they balked at a Jew participating,” the blog added.

The incident occurred a few days after Denmark’s ceremony in Norrebro district marking the Holocaust was used to raise money for Gaza, following the 2014 Israel-Gaza war which killed thousands of Palestinian civilians.