Originally posted at the Gates of Vienna and reposted here in full.

On the occasion of the 25th anniversary of the fall of the Berlin Wall, Elisabeth Sabaditsch-Wolff sends this memoir of her own experiences on both sides of the Iron Curtain. 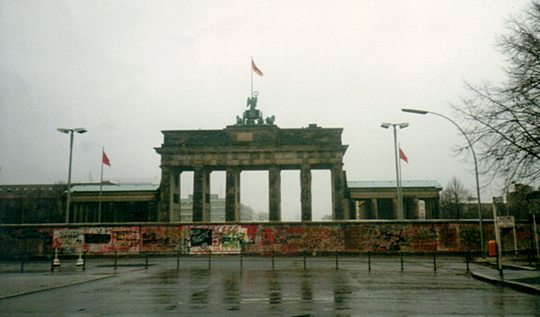 November 9 — Freedom at last! A Day of Memory
by Elisabeth Sabaditsch-Wolff

But I was privileged to experience firsthand the divide between East and West in Berlin in 1988.

Born in 1971, I was a child of the Cold War, of the 1980s, of ICBM’s, and of all too frequent reports of crippling food shortages in Moscow. When I attended third and fourth grade in Vienna, I remember welcoming a Polish girl, Katharina, to our class. Her family had fled from the riots in Warsaw (No problems at all with integration, by the way).

I took AP History in my final two years of high school in Austria. As the focus of AP History lay on the rise of Hitler in the 1930s, the curriculum included a weeklong field trip to what was then West Berlin. It was November 1988, a full year before the wall would finally be torn down.

My classmates and I traveled by bus from Vienna through Czechoslovakia and Poland into East Germany, with lengthy and tedious waits at the borders. The border crossing that has remained with me ever since was the one from East Germany into West Berlin. Long lines, and a thorough check of passports, since my classmates and I were suspicious: a group of students from many diverse countries, some holding diplomatic passports due to their parents’ status. The weather was as dreary as the surroundings. 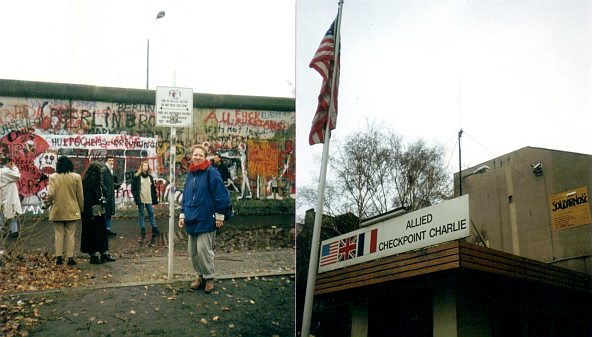 As we drove into West Berlin, down the Kurfürstendamm, to our youth hostel, I noticed the stark contrast of East Germany and Germany’s soon-to-be capital. Lights, modern cars honking, bustling Christmas markets, capitalism in full swing. And the next day I saw the complete opposite. We rode Berlin’s underground, feeling the effect of the city’s division when the train wouldn’t even slow down at certain stops along the way. We walked along the notorious Wall, and arrived at Checkpoint Charlie.

Our group was divided into those who held diplomatic passports and those without. The former did not have to endure searches and compulsory currency exchanges as the latter did. In the former group, I was essentially waved through. But I did feel the immediate loss of freedom as I waited on the other side, in East Berlin. Just as I felt it — painfully — in Nicosia, Cyprus, as well as in the Demilitarized Zone separating North and South Korea. 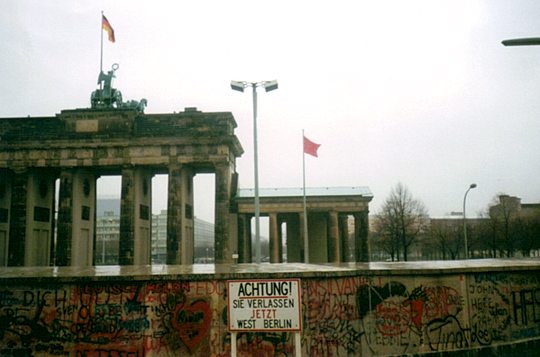 My field trip to East and West Berlin had a profound effect on my respect for freedom and those who fight for freedom. And on this day, it is important to salute those who put their lives on the line so that we may experience this precious gift. Let us realize that freedom comes at a cost, often the ultimate cost. It is not a free commodity. For my part, I will never cease to appreciate those who came before me; I will never cease to support those who continue to put their lives on the line so that those who come after us may live in freedom.

As someone who knows, let me tell you the following: As long as you haven’t lost your freedom, as long as you do not know what life is like without freedom, you cannot understand the nature of life without freedom. It is worse than death. It is bondage. It is a longing for another life. It is unbearably painful.

Thank you, President Reagan. And let us heed his warning:

“Freedom is never more than one generation away from extinction. We didn’t pass it to our children in the bloodstream. It must be fought for, protected, and handed on for them to do the same.”

Since 2007, I have pledged to do just that. Freedom forever!