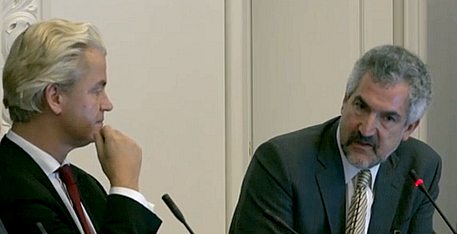 The major divide within the Counterjihad movement is between those who believe in the “Moderate Muslim”, and those who don’t.

Nine years ago, in the early days of this blog, whenever the topic of the Moderate Muslim came up I used to say, “The jury is still out on whether he exists or not.” And the jury was out as far as I was concerned — I had only just begun observing the Great Jihad, and was still gathering evidence.

Mind you, in a strict ontological sense he does exist. You can find a few moderate Muslims here and there. Sincere, well-meaning, decent people who adhere only lightly to the Koranic basis of their religion, and wish to mold it into something humane and modern. Men like Tarek Fatah and Zuhdi Jasser. Women like Irshad Manji. You can’t help but like them (some of them, anyway), and their stance in the face of death threats from their less moderate co-religionists can be admirable.

But they are few in number. None of them leads a large broad-based following. There is no Moderate Muslim with devoted disciples crowding around him trying to touch the hem of his garment. None of them stands on a podium in front of thousands of cheering supporters. They work for (or found) modestly-funded think-tanks and appear from time to time on TV, eloquently presenting their polite, humane point of view.

The rest of the supposed moderates — people like Tariq Ramadan and Imam Feisal Abdul Rauf — are really just skilled taqiyya artists for the Muslim Brotherhood, suave persuasive fellows with golden tongues — sometimes several of them apiece. In truth they are no more moderate than Yusuf al-Qaradawi, but simply adept obfuscators whose job it is to anesthetize the cultural elites in Western countries so that they never feel the Islamic stiletto sliding between their ribs.

The rest of 21st-century Islam — Sunni or Shiite or Sufi, Asian or Middle Eastern or African or European — is a seething mass of superstitious backwardness, trapped in an Evolutionarily Stable Strategy* that requires rapine, slaughter, mass destruction, and world domination.

I bring all of this up because of the question and answer session that followed Geert Wilders’ speech in Denmark yesterday. 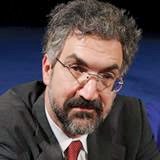 Daniel Pipes is perhaps the most prominent proponent of the Moderate Muslim. Or, to be more exact, a Moderate Islam. In his disagreement with Geert Wilders, he asserted that in the last forty years Islam has changed — for the worse, unfortunately — and it’s possible that it may change again. Why, asked Dr. Pipes, should we write off the possibility that Islam may change for the better? That Islamic scholars may reinterpret the core foundational texts of Islam in such a way that their religion could be led into a humane modernity?

Daniel Pipes might thus be styled a Moderate Counterjihadist, while Geert Wilders and Lars Hedegaard — not to mention a large chunk of the Danes in the audience, and myself — are the Hotheads. We find the desperate search for the Moderate Muslim to be a faintly ludicrous enterprise.

Even if the longed-for change were to arrive someday, what purpose does it serve to dwell on that faint possibility? Should we modify our policies towards Islam as it exists and is widely practiced now? Would we be well advised to pause and wait for Moderate Islam to somehow, against all odds, appear and revolutionize the Muslim world?

Dr. Pipes acknowledges that we must fight “Islamism”; in that he completely agrees with Messrs. Hedegaard and Wilders. So what practical change of policy would he propose, given his belief that Islam may someday change for the better?

If Islam were to undergo such a change, it would have to occur entirely within Islam itself, with no input from the infidel world. Any interference by non-Muslims in Islamic theological exegesis could only arouse anger and resistance, and might further harden the traditional ijtihad codified a millennium ago.