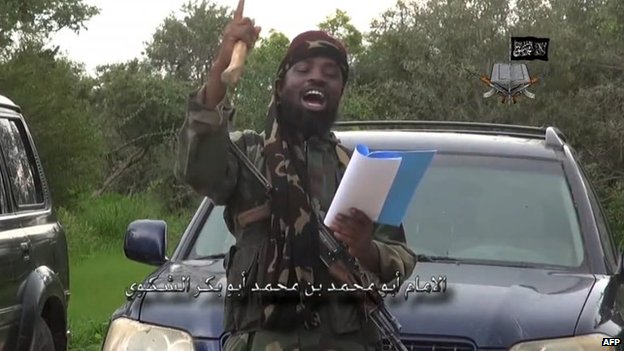 It seized Mubi – the second largest town in Adamawa state – in October, after clashes with government forces.

Boko Haram has dismissed government claims to have agreed a ceasefire with the Islamist group, meant to ensure the release of 219 kidnapped schoolgirls.

In August, Boko Haram said it had established an Islamic state in areas it controls in north-eastern Nigeria.

Mubi is the largest town under Boko Haram control. It has stepped up its insurgency since a state of emergency was declared in May 2013 in Adamawa, Borno and Yobe states.