My sincerest condolences to the family and friends of this man. 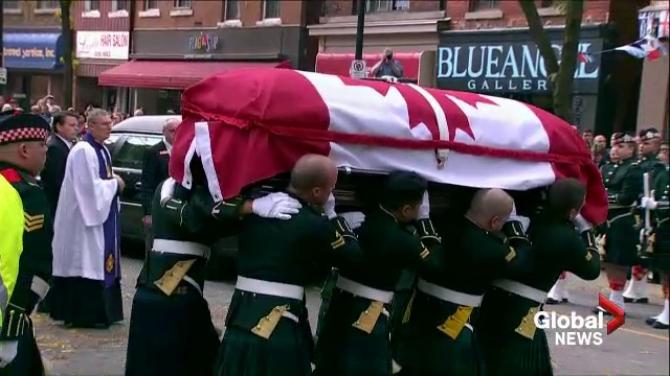 WATCH ABOVE: Cpl. Nathan Cirillo was standing guard at Ottawa’s National War Memorial when he was killed last week. The reverend who led his funeral service on Tuesday said the 24-year-old’s bravery and sacrifice were not in vain. Mike Drolet reports.

Thousands honoured Cirillo by lining the funeral procession route, which began at the Argyll Commemorative Pavilion at Bayfront Park at 11 a.m. ET.

Members of his regiment — the Argyll and Sutherland Highlanders — surrounded the fallen soldier’s casket along the procession route Tuesday morning as they made their way to the cathedral. 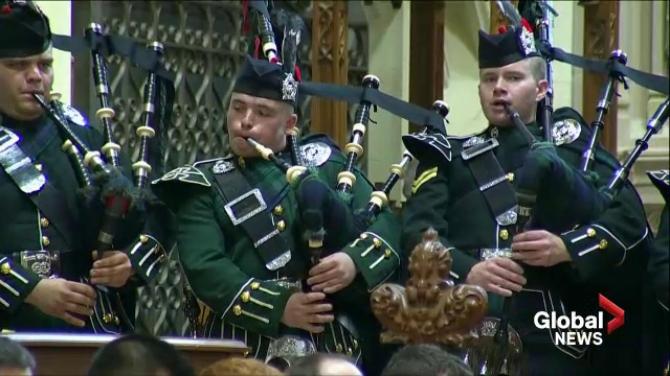 Cirillo grew up in Hamilton with his mother, two sisters and step-father, according to the funeral program. He enlisted in the Canadian Armed Forces Primary Reserve in 2006 with The Argyll and Sutherland Highlanders of Canada (Princess Lousie’s) after demonstrating a “passion for the military” from an early age, it said.