Every regular reader of this blog knows very well about Marcus’ article from May 2013, Jihadi Mein Kampf, where she informs of a shift in al-Qaida’s hierarchical structure, as well as a move towards ”individual terrorism”. Mustafa Setmariam Nasar, also known as abu Musab al Suri, is the mastermind behind the shift, ”lone wolves” are now the preferred method of attack .

US DHS Secretary ramps up security at government buildings in response to Islamists’ call for western supporters to attack coalition governments. 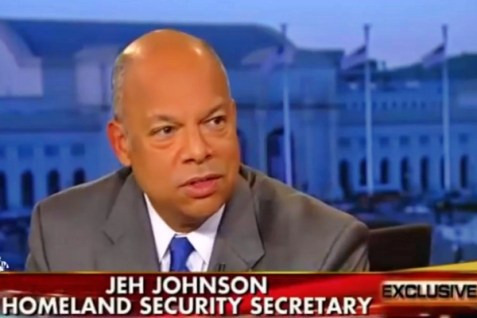 The United States Department of Homeland Security has ordered enhanced security at U.S. government buildings in the nation’s capital and elsewhere around the country.

DHS Secretary Jeh Johnson announced on Tuesday, Oct. 28, that the increased security is a “precautionary step” in response to the continued public calls on supporters in western countries by ISIS and other Islamist terrorist organizations to attack soldiers, police and other official representatives of the U.S.-led coalition against ISIS.

“Given world events, prudence dictates a heightened vigilance in the protection of U.S. government installations and our personnel,” Johnson announced.

This latest step-up in security is an admission that the public effort to minimize recent terrorist assaults on government representatives in both Canada and the U.S. as the act of “lone wolves” who have “self-radicalized” is simply an effort to soothe citizens, but is neither realistic nor is it believed by those issuing the verbal balm.

Even the statement announcing this directive continued to downplay the seriousness with which the government should be taking the lone wolf threat, “guarding against potential small-scale attacks by a lone offender or a small group of individuals.”