It’s exactly what we’ve come to expect from the post-Zionist Leftist paper (Marxist screed rag) with hardly any domestic subscribers.

While Haaretz attacked Emerson for being a Republican who is friends with Sheldon Adelson, the sources it relied upon did not actually refute that the U.S. pulled the plug on assisting Israel locate a kidnapped soldier. 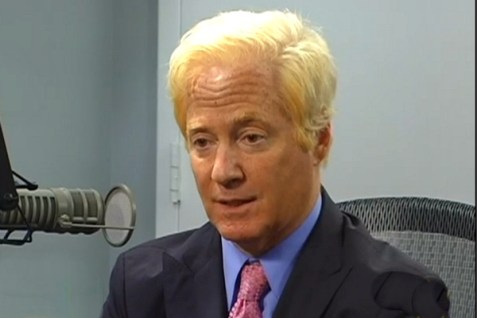 To be sure, the information provided by Steve Emerson regarding a decision by the U.S. government to stand down on an ongoing attempt to provide the Israeli government with critical information regarding an Israeli soldier whom Hamas claimed it had in its custody during this summer’s conflict was shocking.

But perhaps just as shocking – or it should be – was a politically driven smear by Haaretz of Emerson’s credentials and his alleged political friendships, suggesting that was all that was driving Emerson’s claims.

Although the Haaretz article claimed Emerson was wrong about the facts that he alleged, its portrayal of the U.S. government’s refutation was misleading and its focus ugly – that Emerson, a “right-wing Republican” is a “personal friend” of Sheldon Adelson, who is a “formidable patron of the Republican party and Prime Minister Benyamin Netanyahu.”

One expects such breathless cospiratorialism from bloggers unrestrained by journalistic standards, but the Israeli newspaper which holds itself out as the paper of the cognoscenti? Also, the issue at hand had nothing to do with whether or not Hamas claimed to kidnap at least some body parts of the Israeli soldier, so why is any alleged “Islamophobia” relevant? It is clear that these nasty slams were simply intended to inform Haaretz’s left wing audience that Emerson is the kind of person they all despise.