There is no doubt in my mind that Muslim staff were involved in the disgusting removal of this hapless blind woman from the store, due to their Islamic sensibilities concerning dogs, not the franchise’s. That the BBC refused to even given a hint to the character of the people behind the outrage, is reason enough to conclude that PC politics are being employed, and that Muslims were in fact  involved. 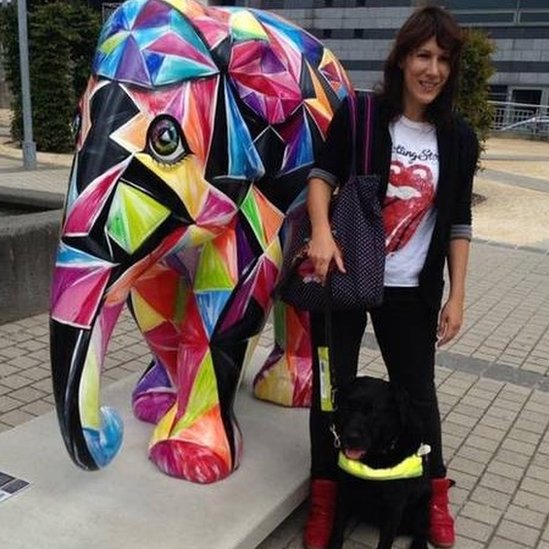 A blind woman was left “horrified” and “distressed” when staff at Tesco in north London shouted at her to get her guide dog out.

Maya Makri, 39, was in the Swiss Cottage shop 10 days after moving to the capital when she was told “never come back”.

She said three cashiers shouted “no pets allowed” and to leave the shop.

Tesco said: “This clearly should never have happened and we will contact Ms Makri directly to apologise.”

During the incident on Monday, Ms Makri said her guide dog of six years, Jemma, was wearing a high-visibility jacket and harness which is labelled “guide dog”.

“I got to the till and could sense there was an uncomfortable atmosphere then the man behind the till started shouting ‘no pets allowed’,” she said.

“I said it’s a guide dog and I’m registered blind, but his two other cashiers joined in the shouting match. It was very upsetting in terms of the language and the tone.

“Everyone in the queue kept saying ‘she’s allowed to have a dog’ but they (cashiers) were just completely adamant that dogs were not allowed in the store.”